The last train
The Kranzedan’s search for the Museum of Extraterrestrial Cultures had, at last, led him to a small town, secluded high up in the mountains. The town was supposed to be abandoned soon after, and in the following days and weeks, whilst the Kranzedan sought in vain for the museum, the citizens were steadily leaving.
That is how the Kranzedan came to be sitting in the station building , shivering with cold and disappointment, waiting for the train that would take him and the last of the inhabitants down the mountain.
Then a curious little man, whom he had not seen before, came to him and offered to lead him to the museum that he was looking for.
The Kranzedan, however, shook his head sadly and said that it was too late now, the last train was about to arrive, and he had to leave. And indeed, the chugging of the engine could already be heard in the distance. The Kranzedan watched as the train came around the last corner and started to cross the stone viaduct that spanned the deep abyss that separated the town from the outside world. Mesmerized, he watched on as the engine swerved from its rails and, pulling the carriages with it, plunged, crashing and screeching, into the deep.
And when the noise had died down, the little man asked once more whether the gentleman would like to accompany him to the museum, now that the train would not be arriving. The Kranzedan took a long look at the smoldering debris, deep down in the gorge, then went with the stranger, never to been seen again.

A project yet unfinished, tentative title: „The Kranzedan Tales“ I started to write the stories about two years ago and finished 32 so far (I need at last one more, to get a better number). Nearly half of the tales are translated to English. We are still working on it. Simultaneous to the writing I painted the pictures that became, after reworked with photoshop, the illustrations for the tales. Or maybe, vice versa, the tales are additions to the pictures? 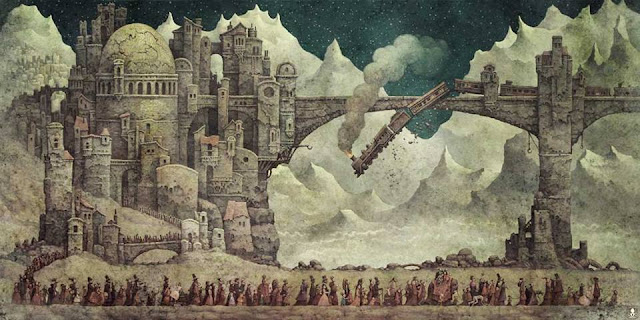 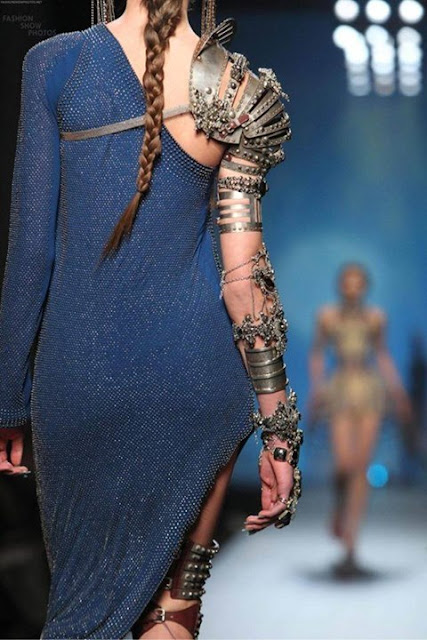 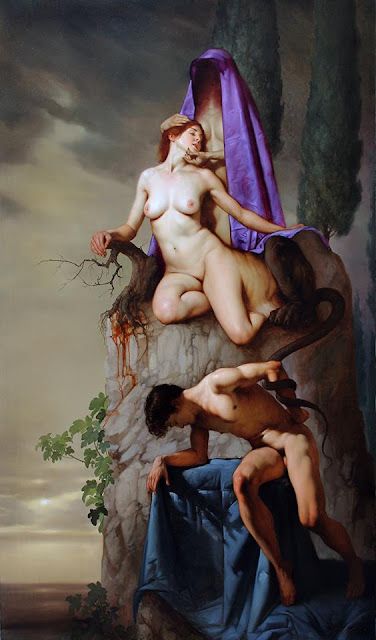