IceCube ( Ideas will change the World and curiosities) 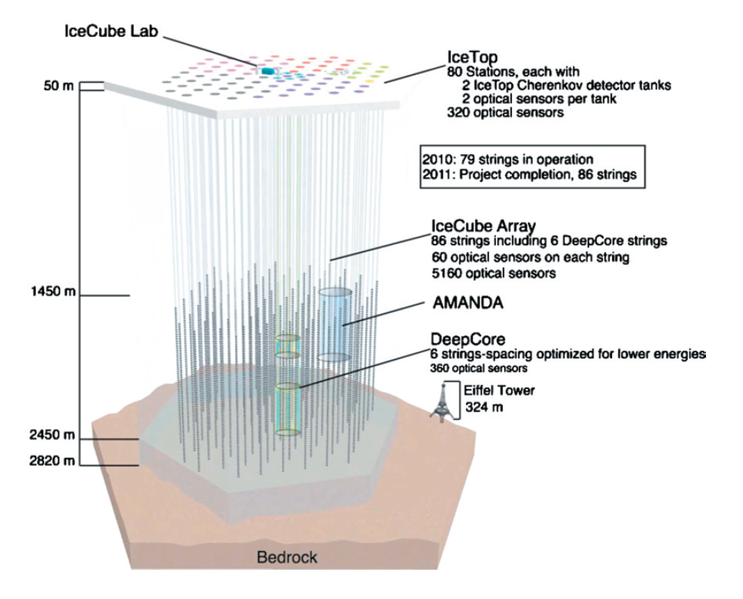 "The IceCube Neutrino Observatory (or simply IceCube) is the biggest and sensible neutrino observatory telescope constructed at the Amundsen-Scott South Pole Station in Antarctica. Its thousands of sensors are distributed over a cubic kilometre of volume under the Antarctic ice. Similar to its predecessor, the Antarctic Muon And Neutrino Detector Array (AMANDA), IceCube consists of spherical optical sensors called Digital Optical Modules (DOMs), each with a photomultiplier tube (PMT)[2] and a single board data acquisition computer which sends digital data to the counting house on the surface above the array. IceCube was completed on 18 December 2010, New Zealand time.
DOMs are deployed on "strings" of sixty modules each at depths ranging from 1,450 to 2,450 meters, into holes melted in the ice using a hot water drill. IceCube is designed to look for point sources of neutrinos in the TeV range to explore the highest-energy astrophysical processes.
In November 2013 it was announced that IceCube had detected 28 neutrinos that likely originated outside of the Solar System" 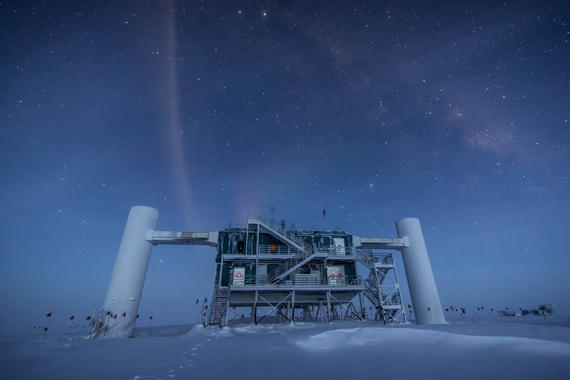