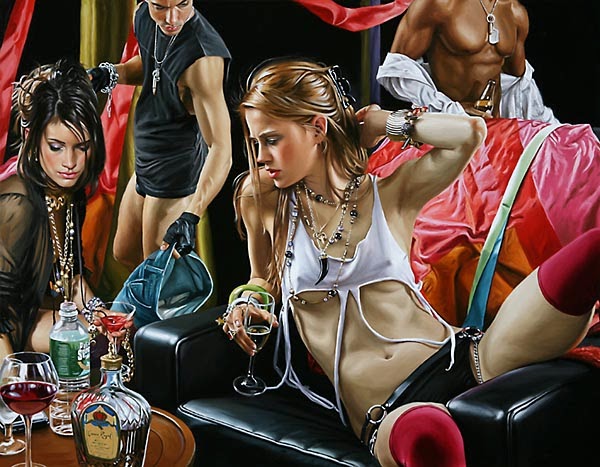 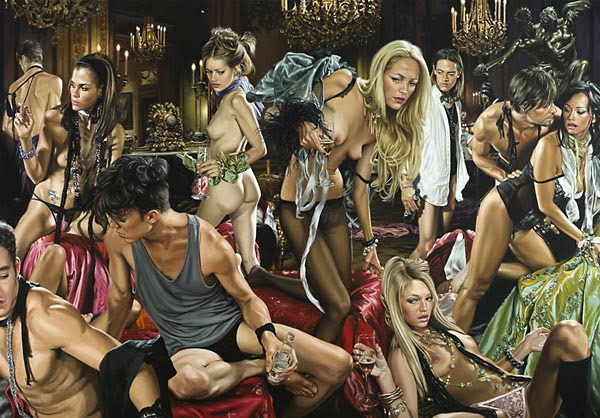 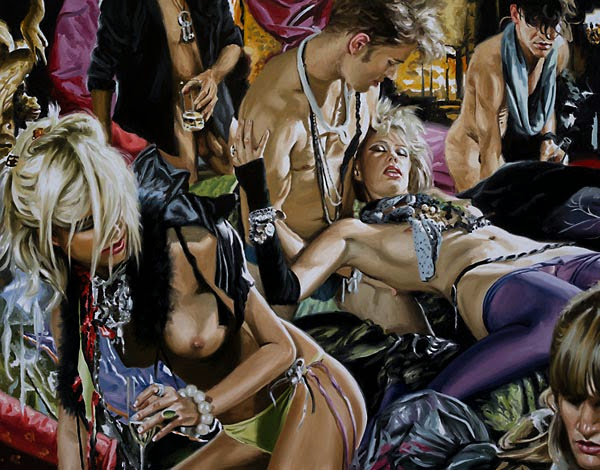 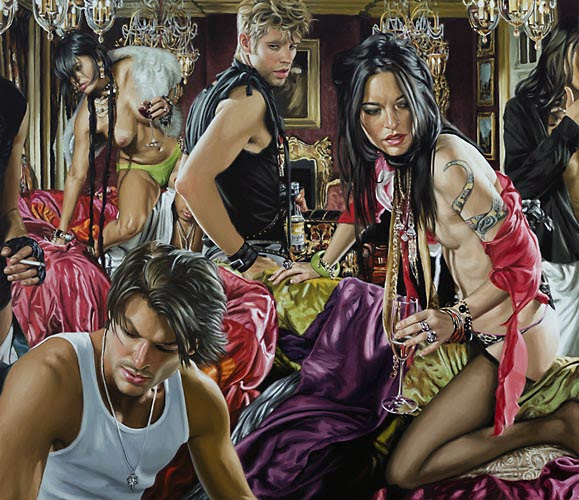 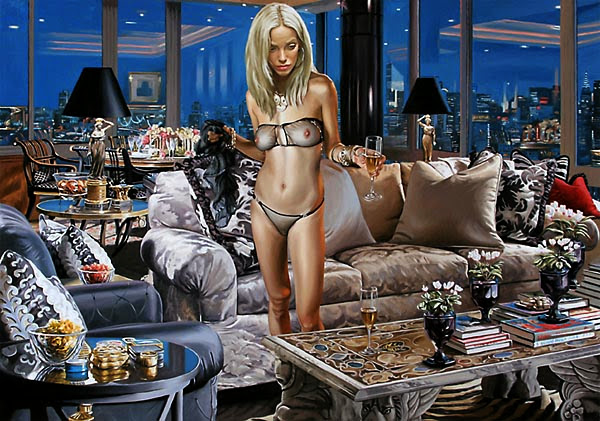 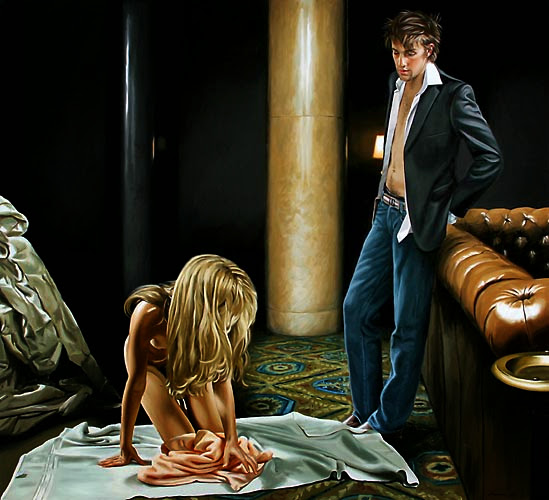 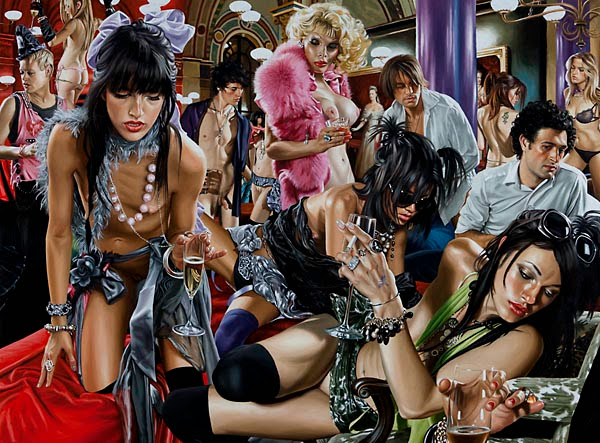 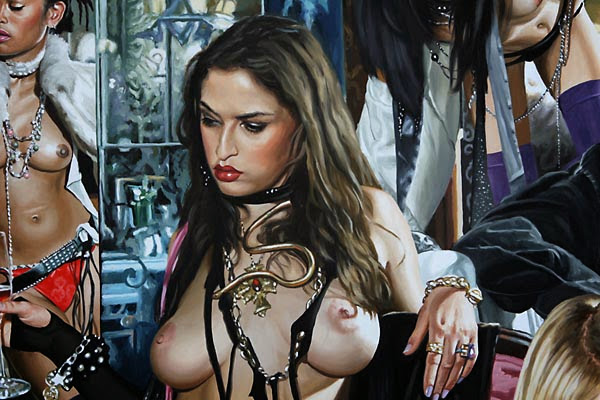 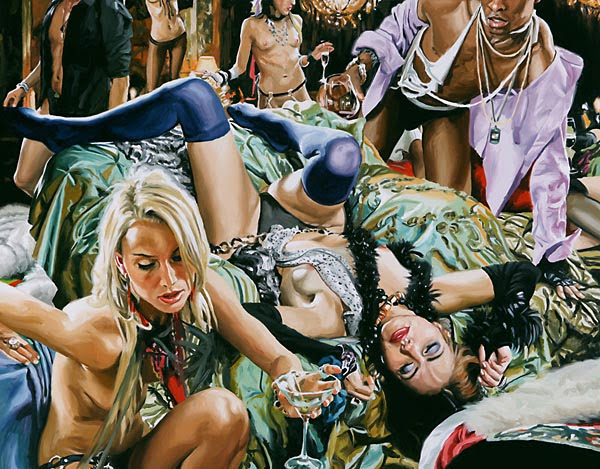 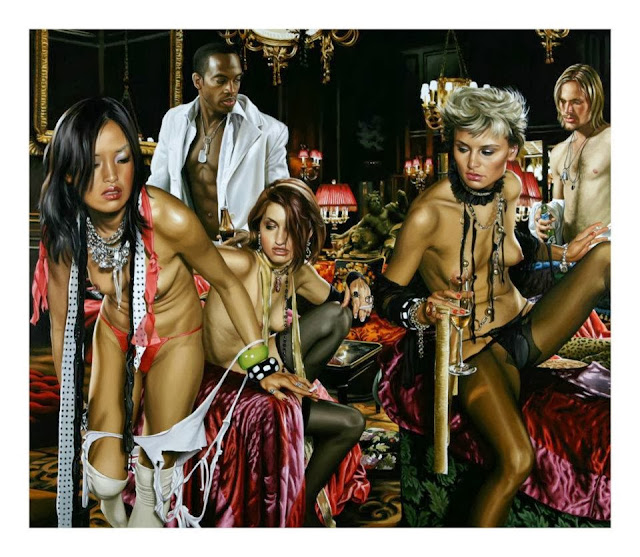 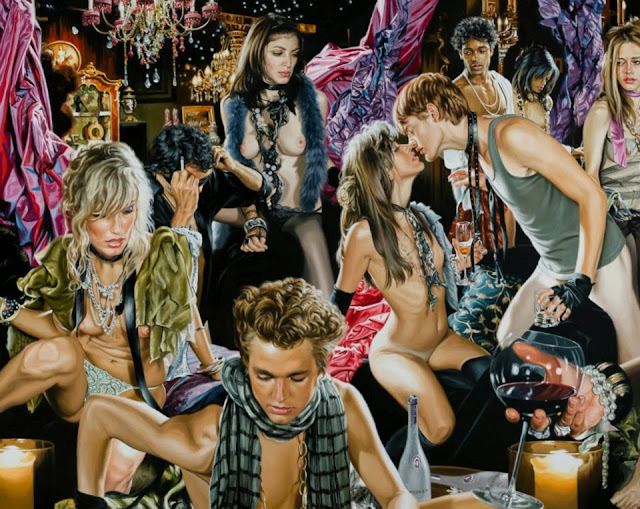 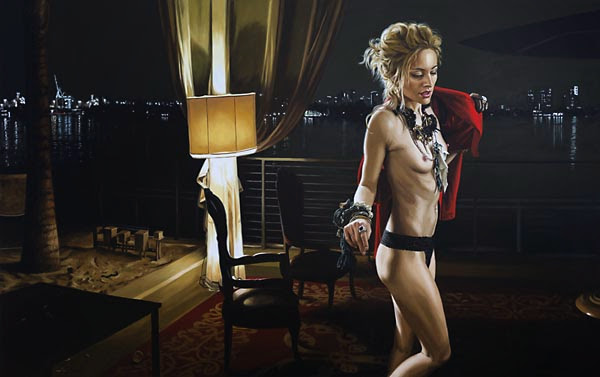 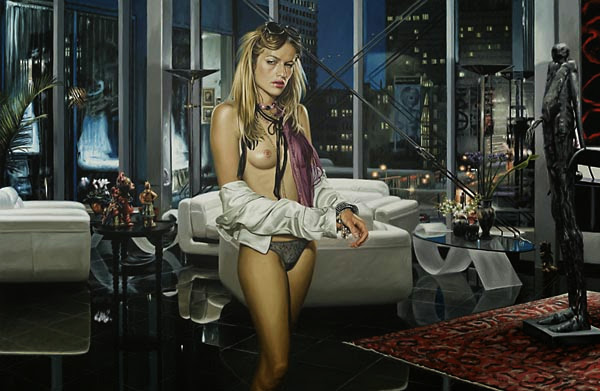 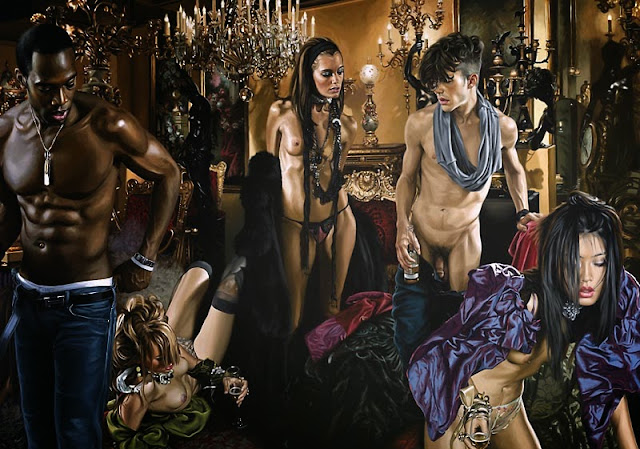 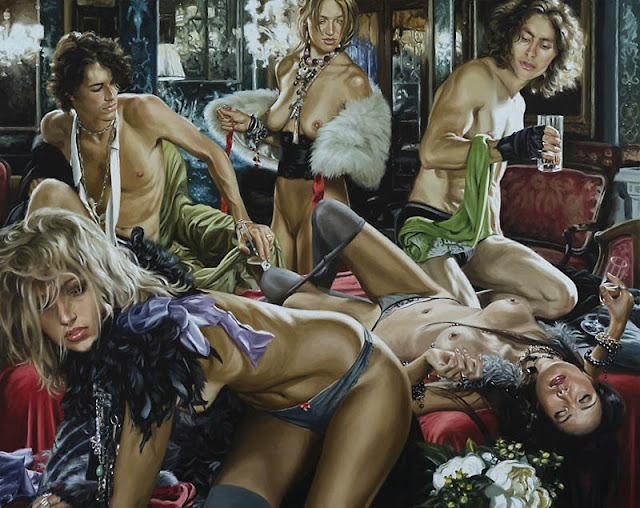 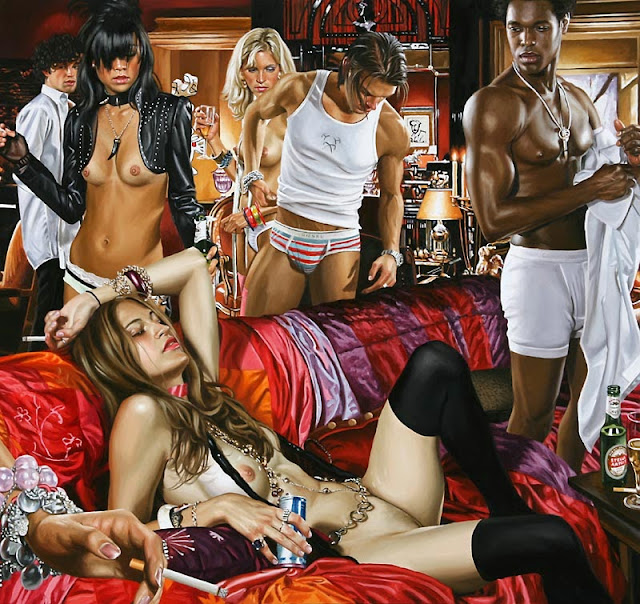 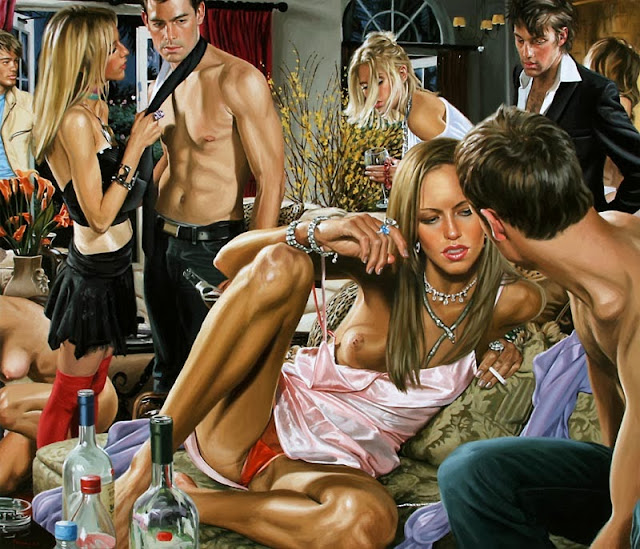 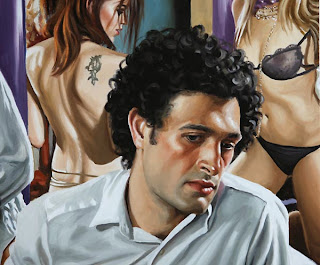 TERRY RODGERS is an internationally recognized artist who has worked and lived in Massachusetts, Washington, DC, and Ohio.
His first solo European museum exhibition opened May, 2009. In addition, his work has been represented in numerous museum group exhibitions in Europe between 2006 and 2013. In 2007, his work appeared in Art Basel. And in 2005, three of his monumental figurative canvases were presented at the Bienal de Valencia.

Rodgers’ current work focuses on portraying contemporary body politics. His rendering of an imaginary leisure life stands as an iconic vision of the tensions and confusions endemic to today’s society.  These images are not snapshots or slices of life, but rather a compression and dissection of our rampant imaginations and mediated influences. The seductive and marvelous glamour of the outer world jars against the vulnerability and delicacy of our inner and private selves.
Terry Rodgers attended Amherst College, with a major in the Fine Arts. His strong interest in film and photography influenced his style in the direction of representational realism in art.
Publicado por cromofora en 6:04