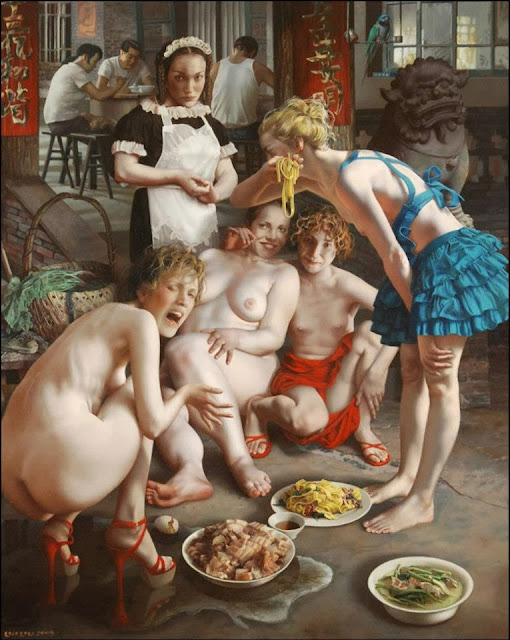 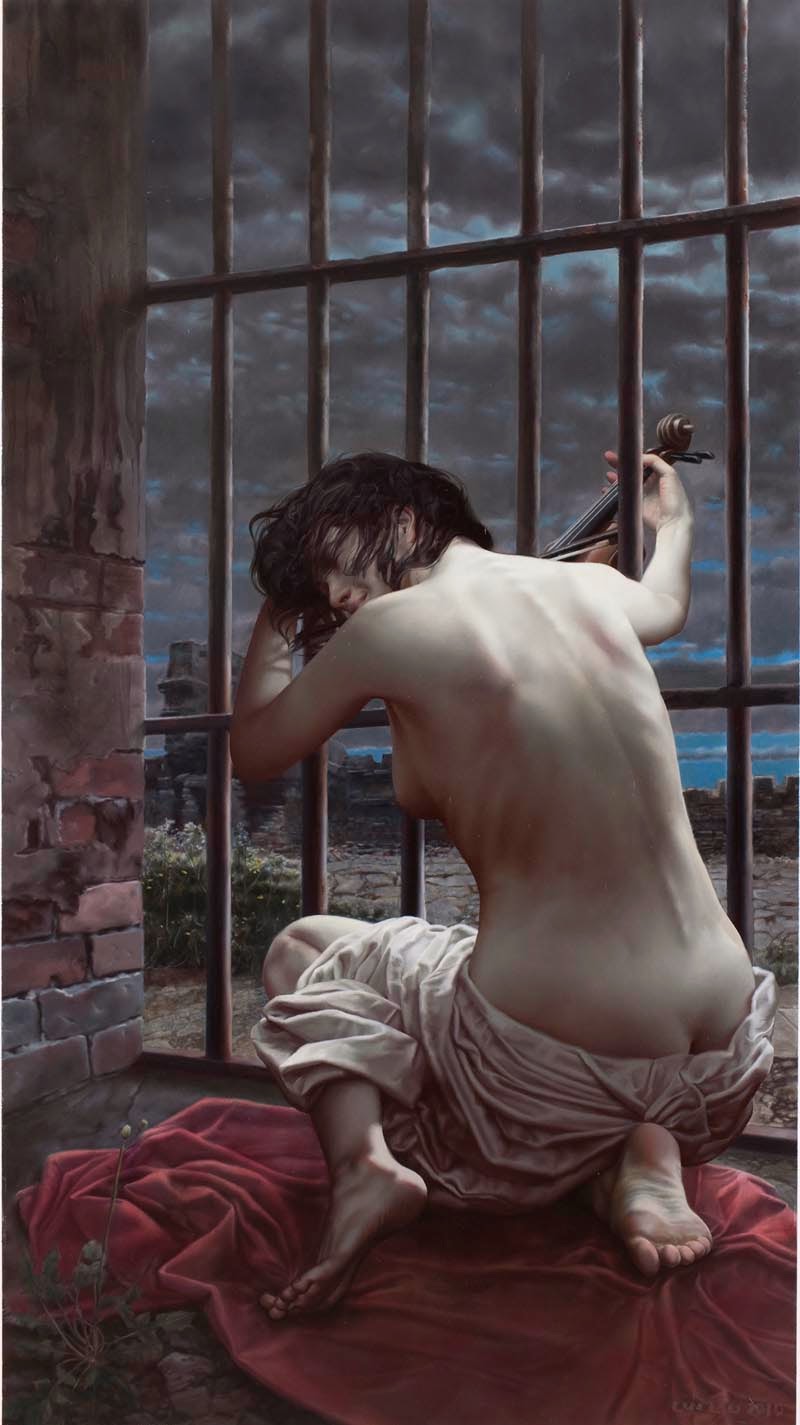 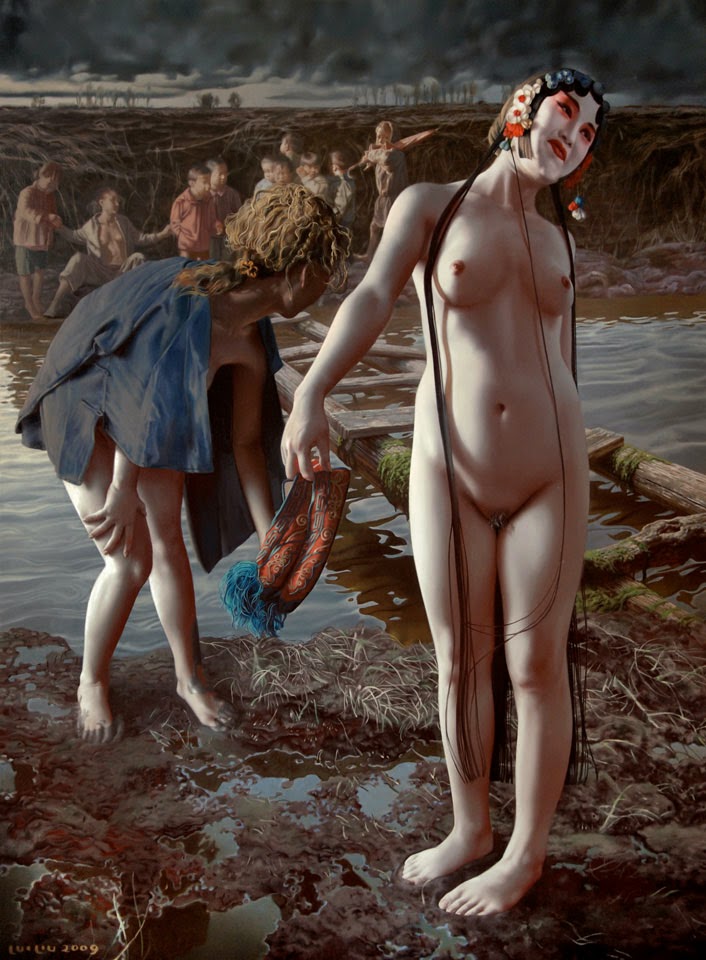 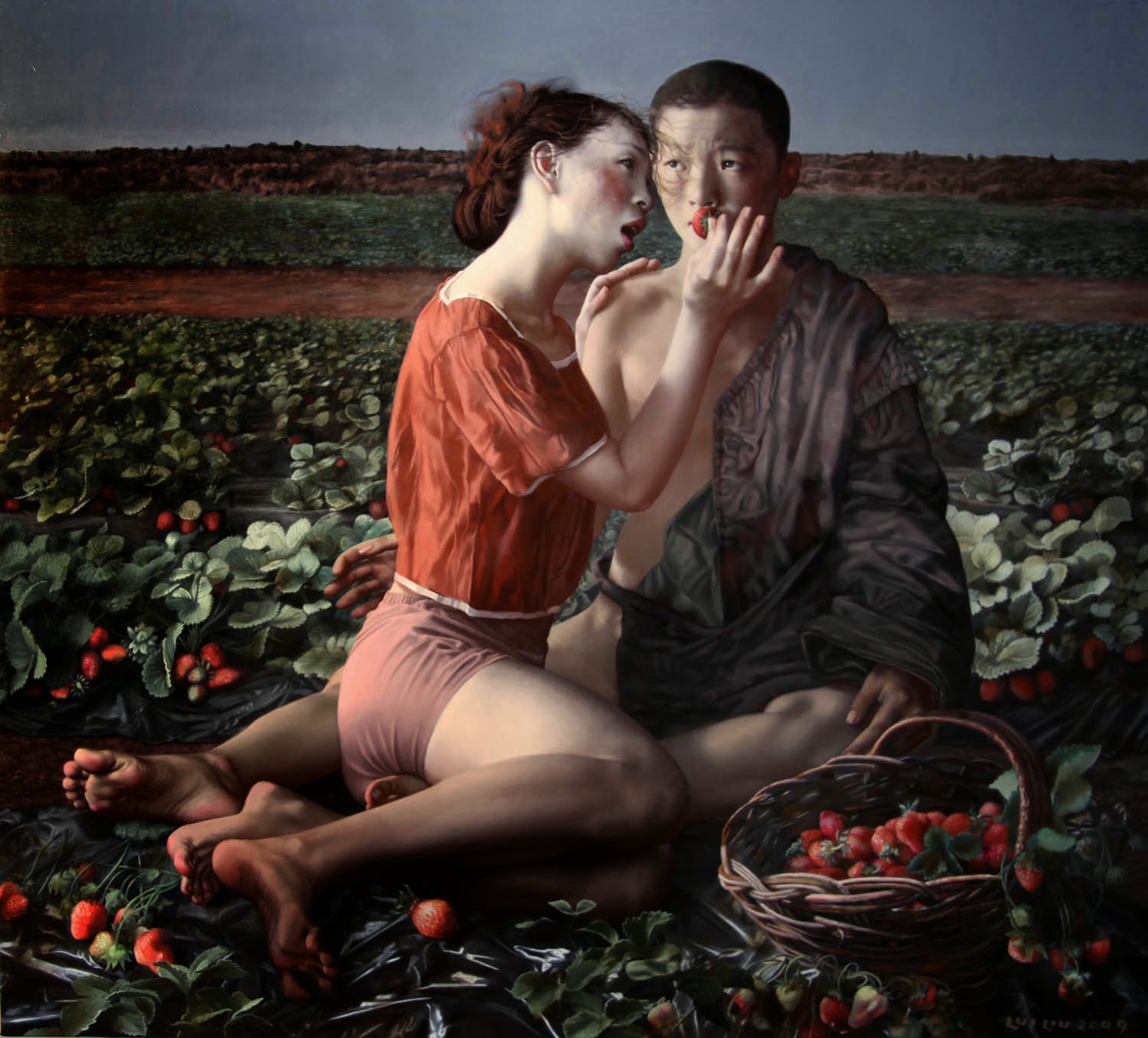 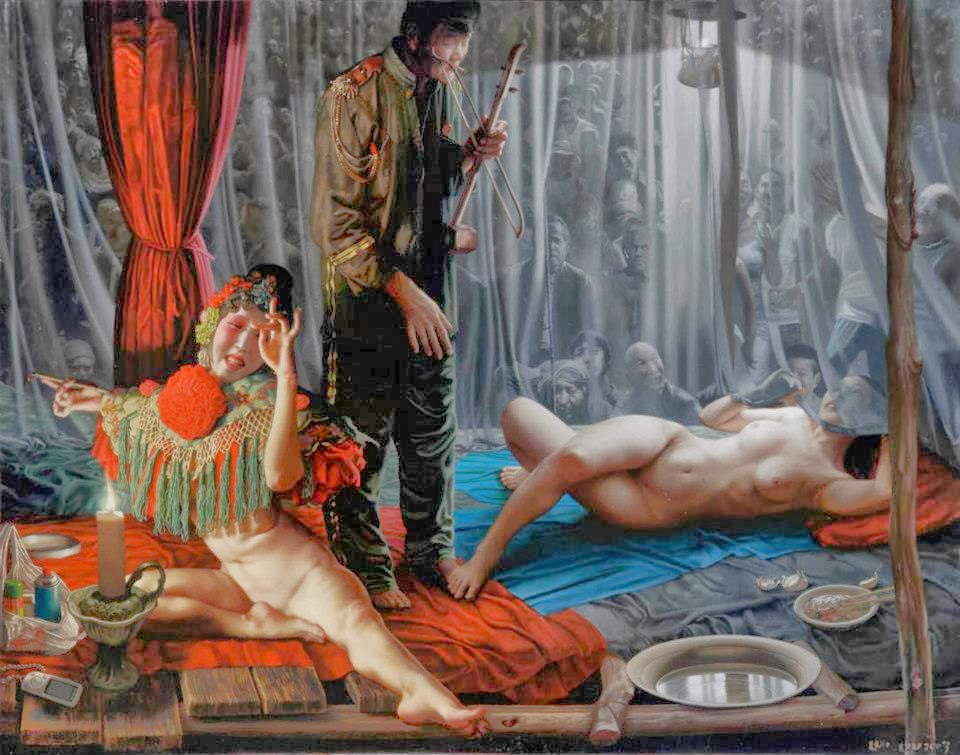 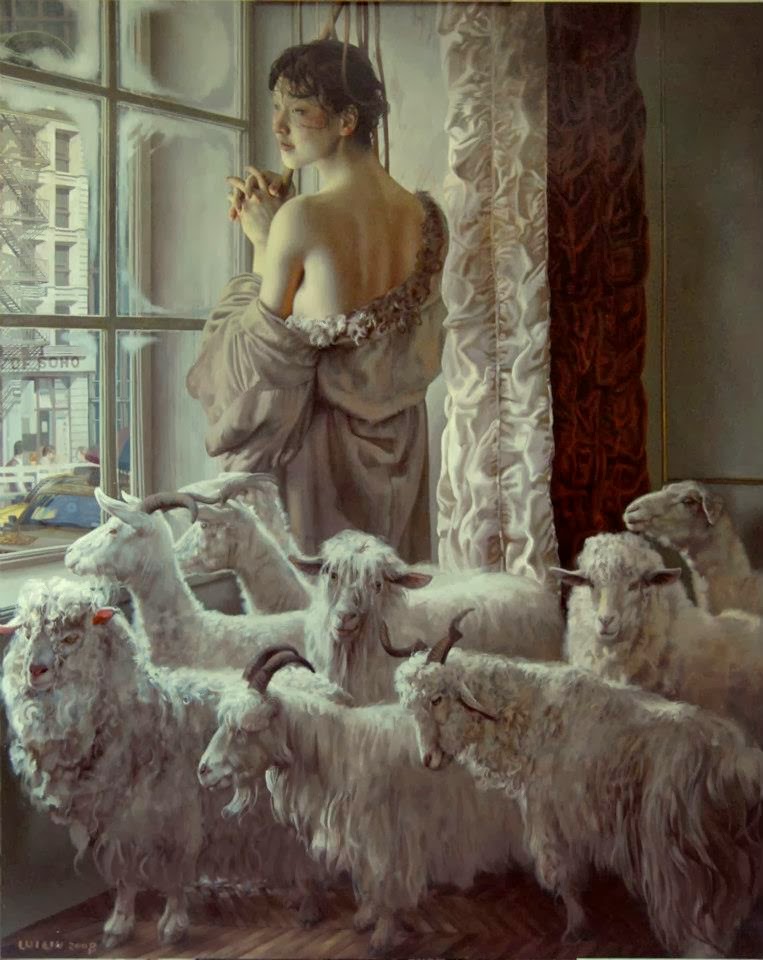 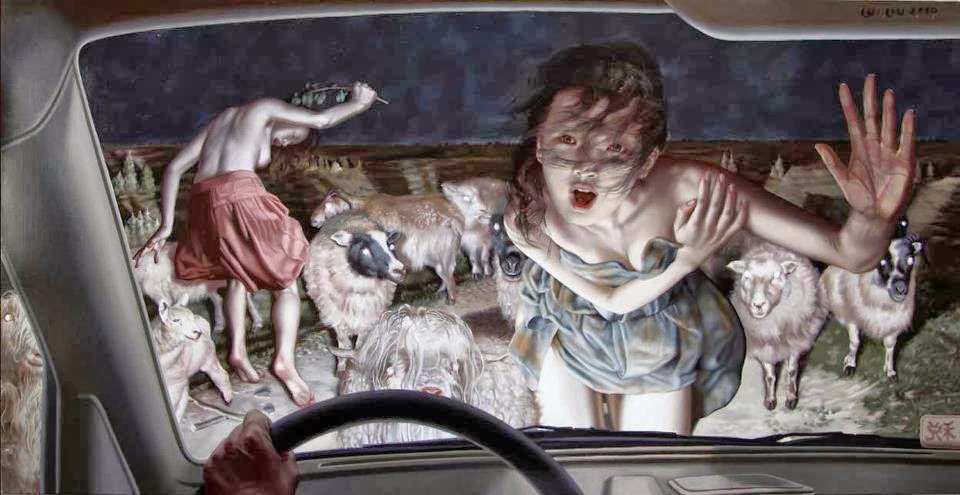 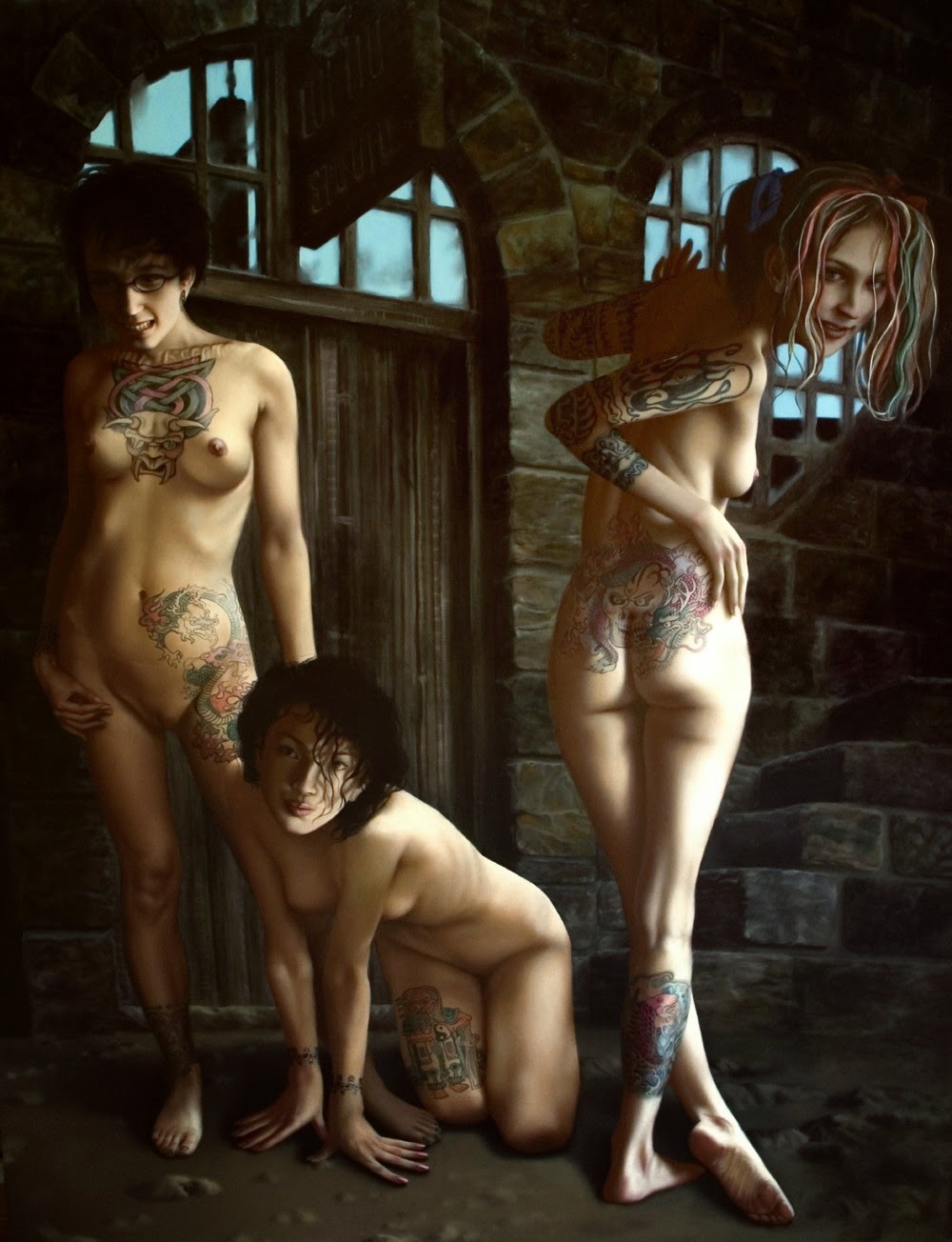 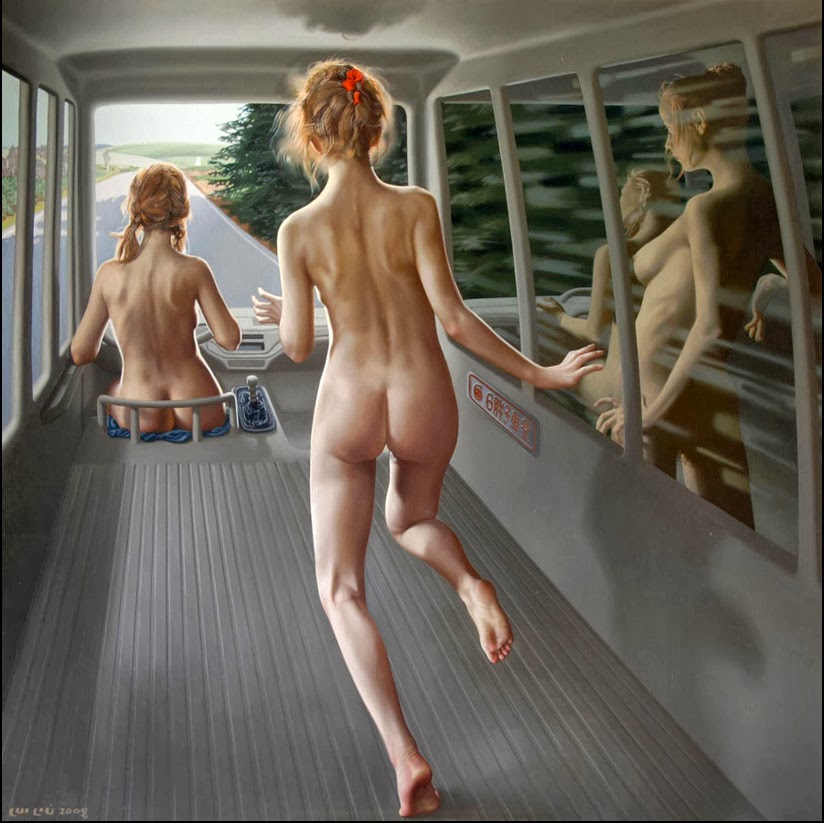 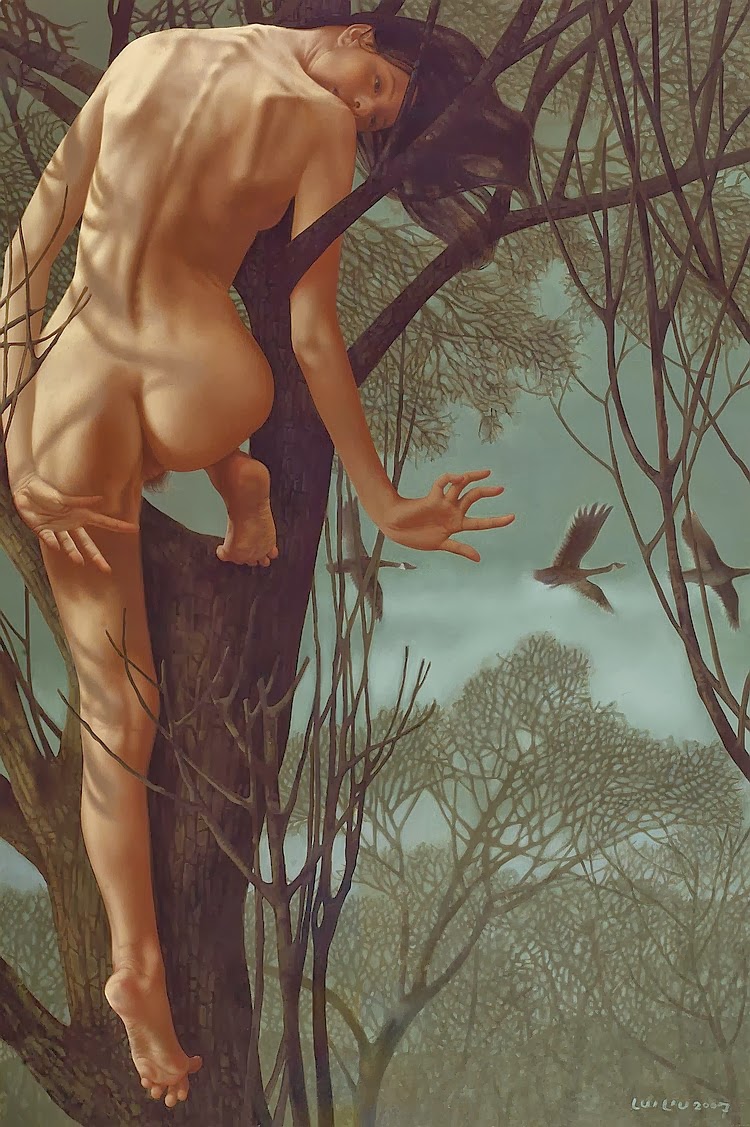 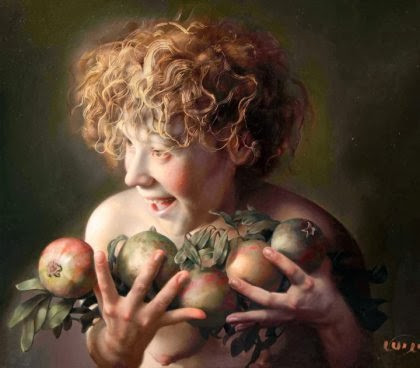 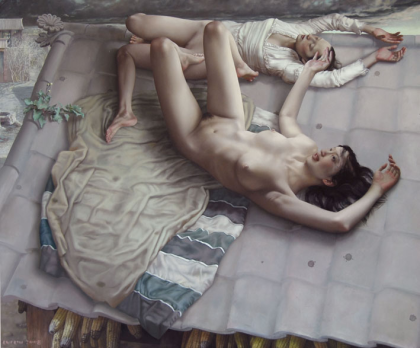 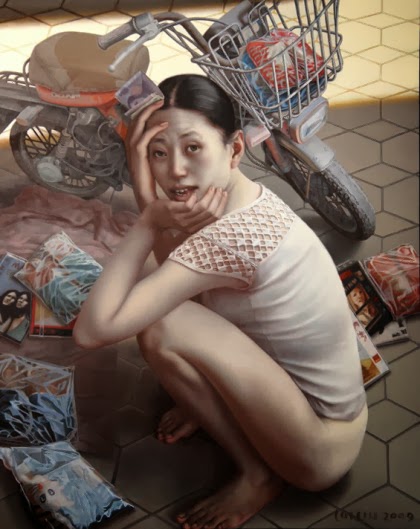 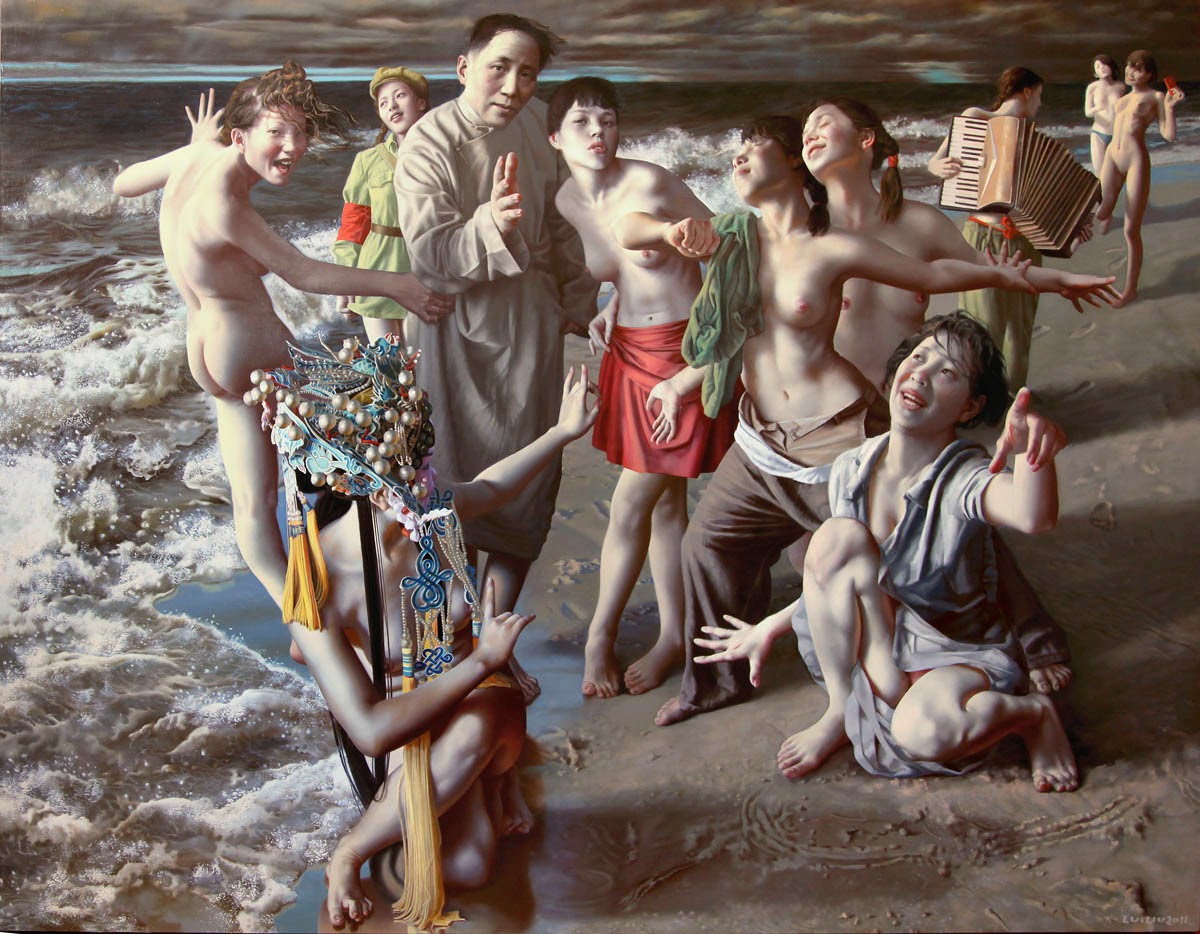 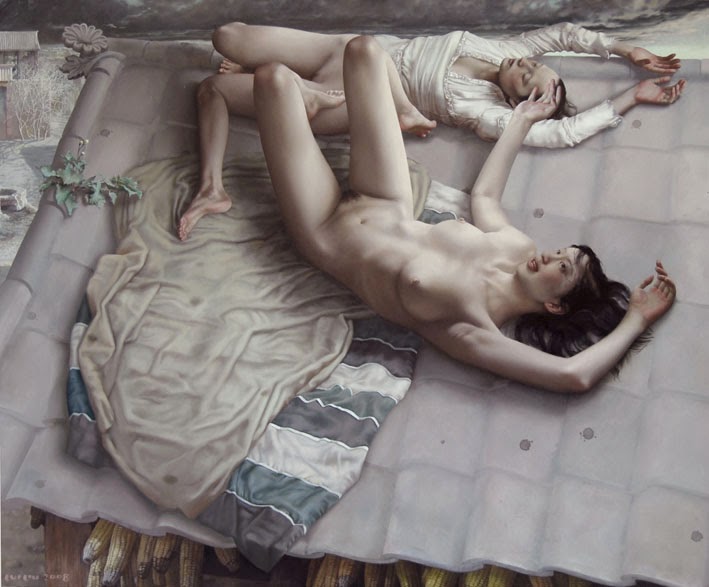 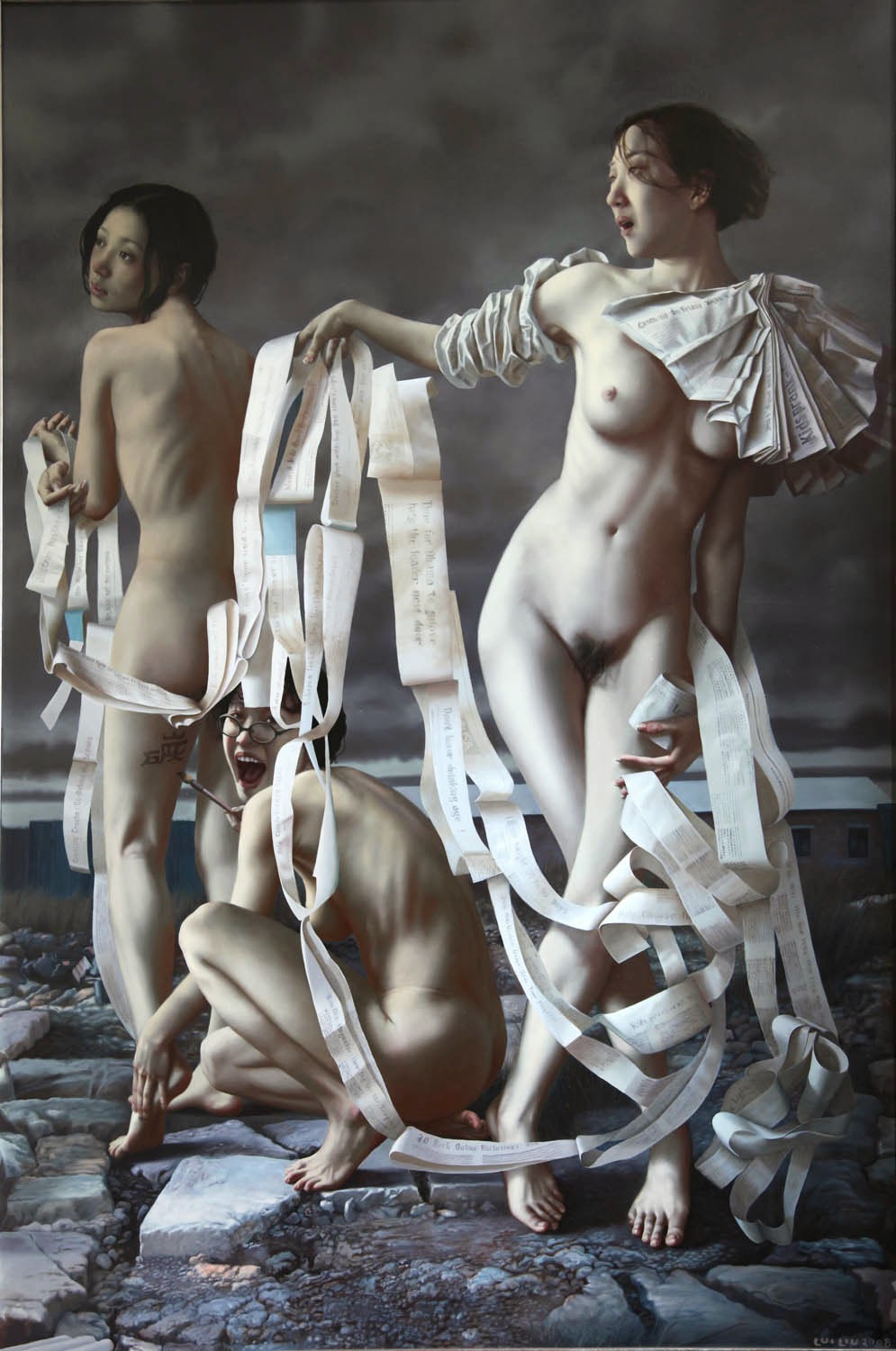 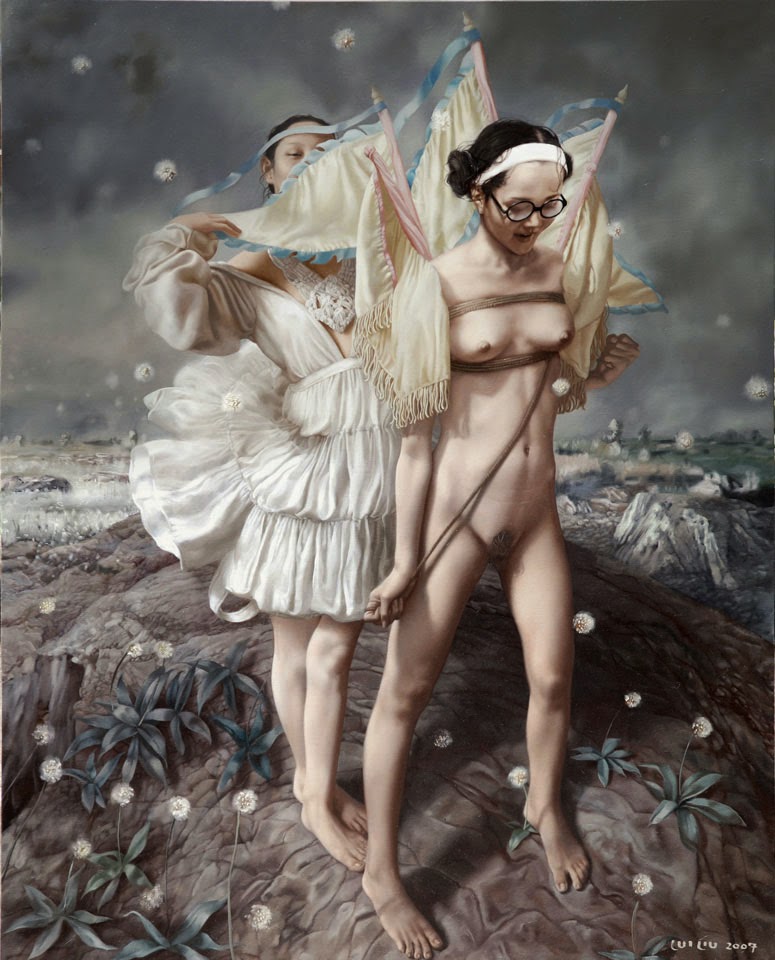 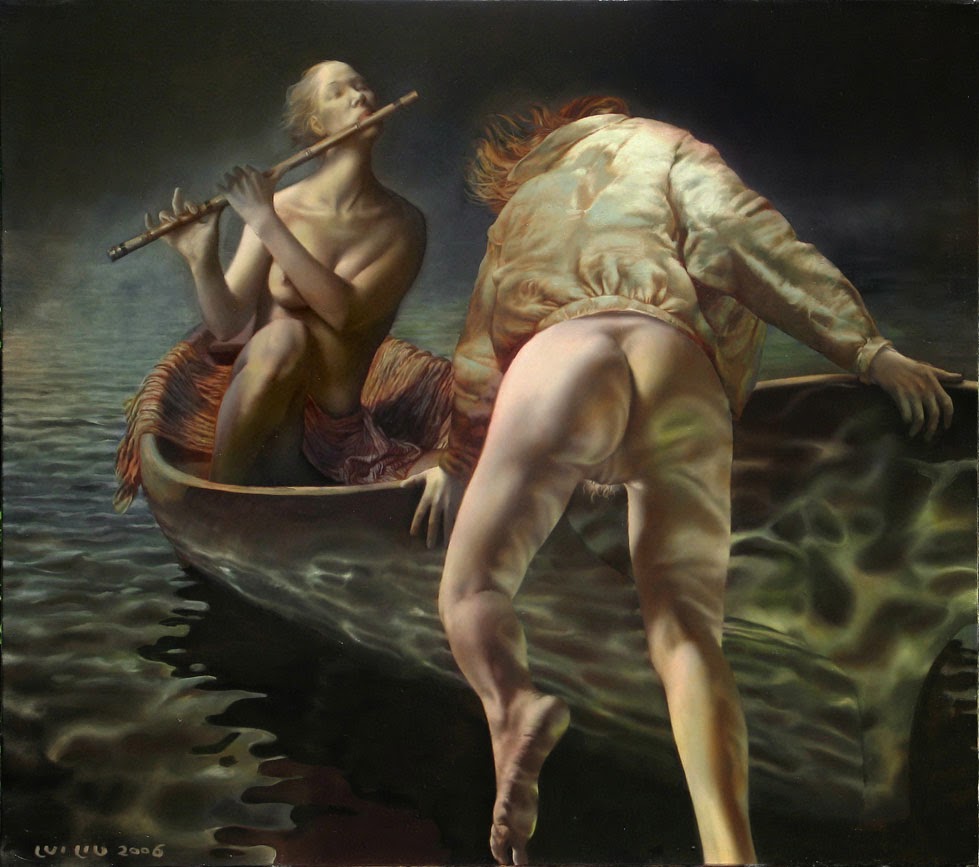 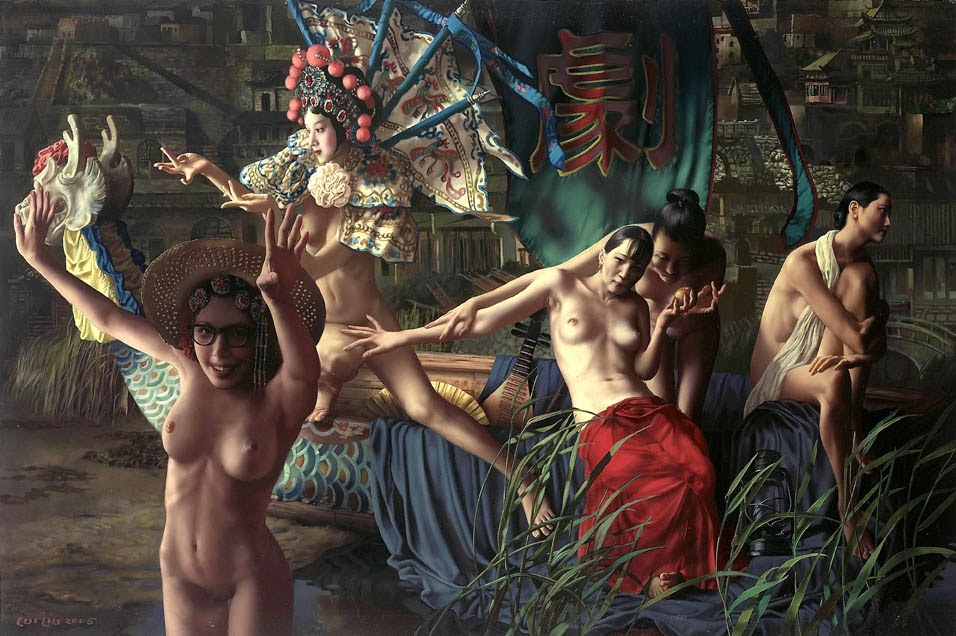 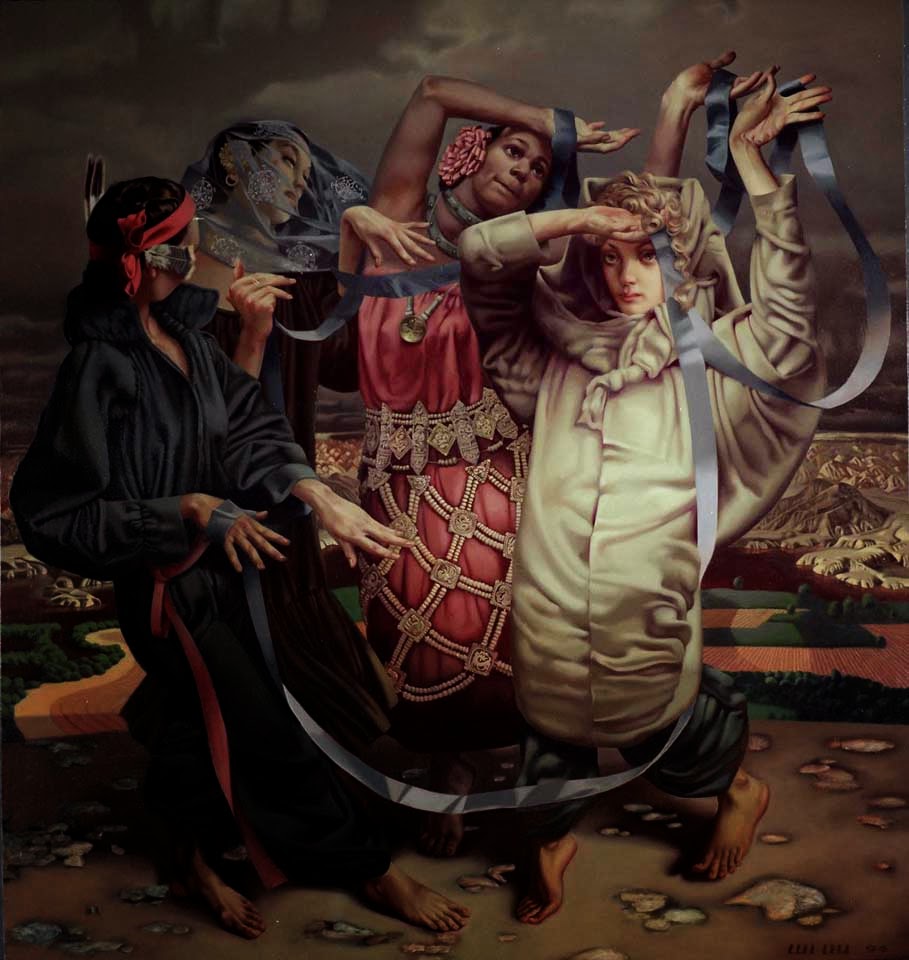 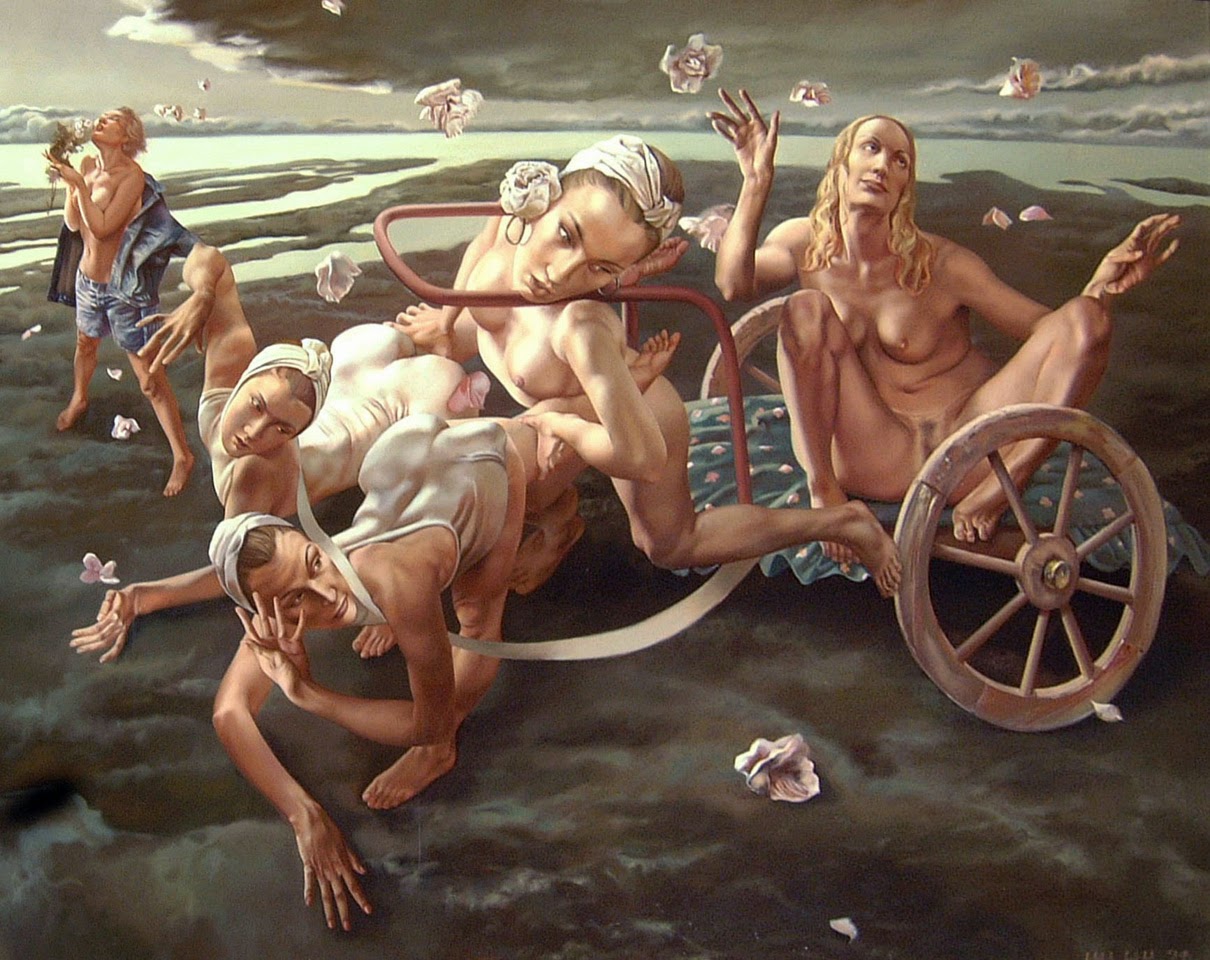 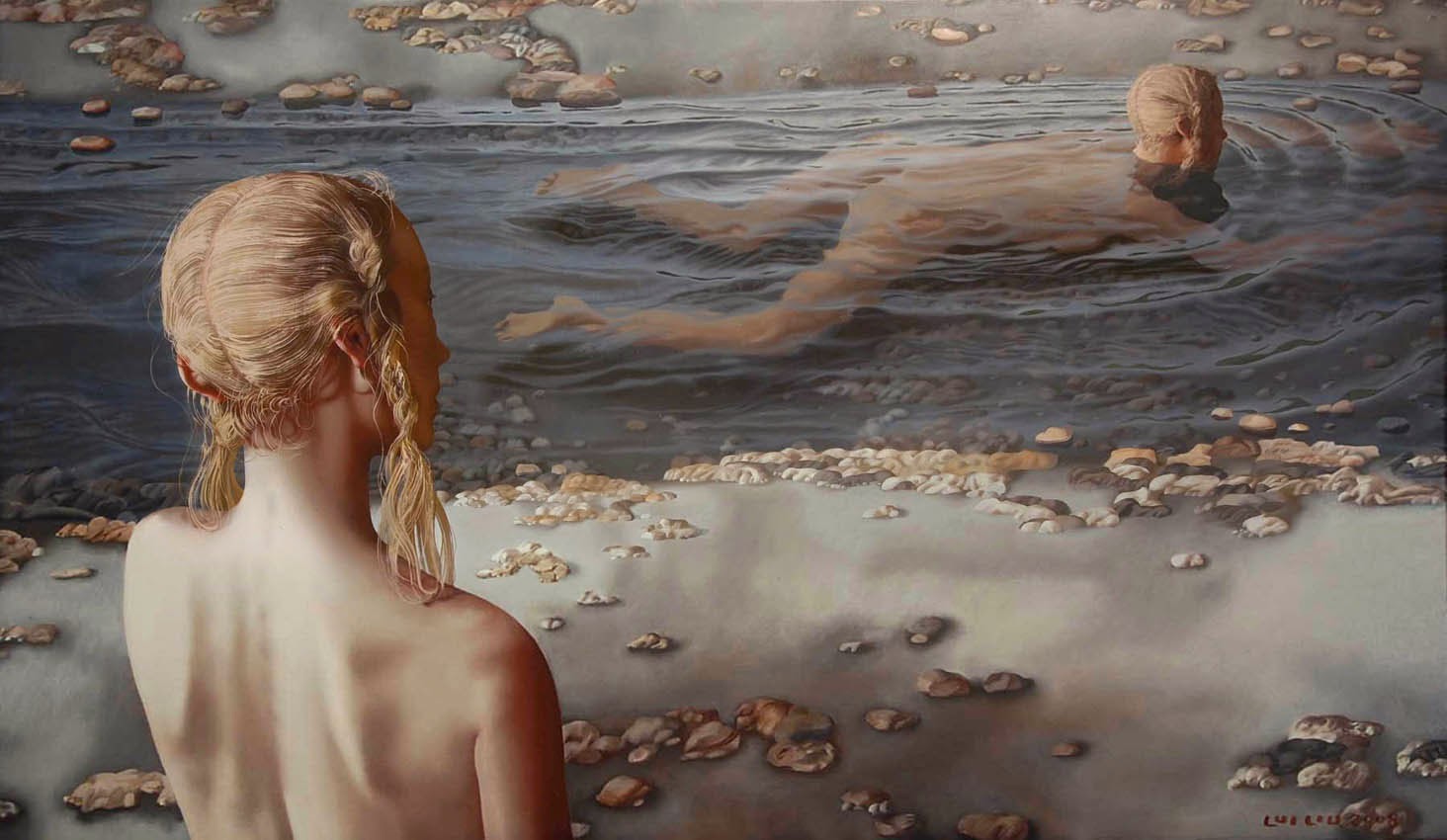 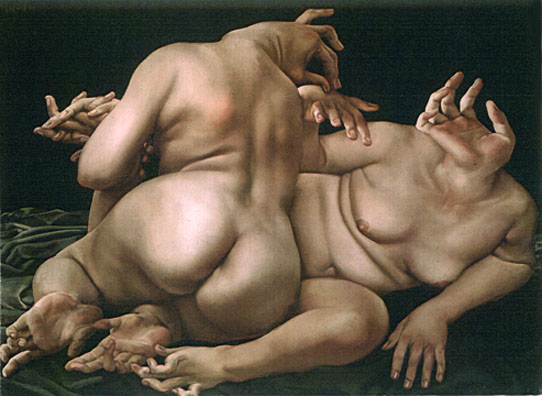 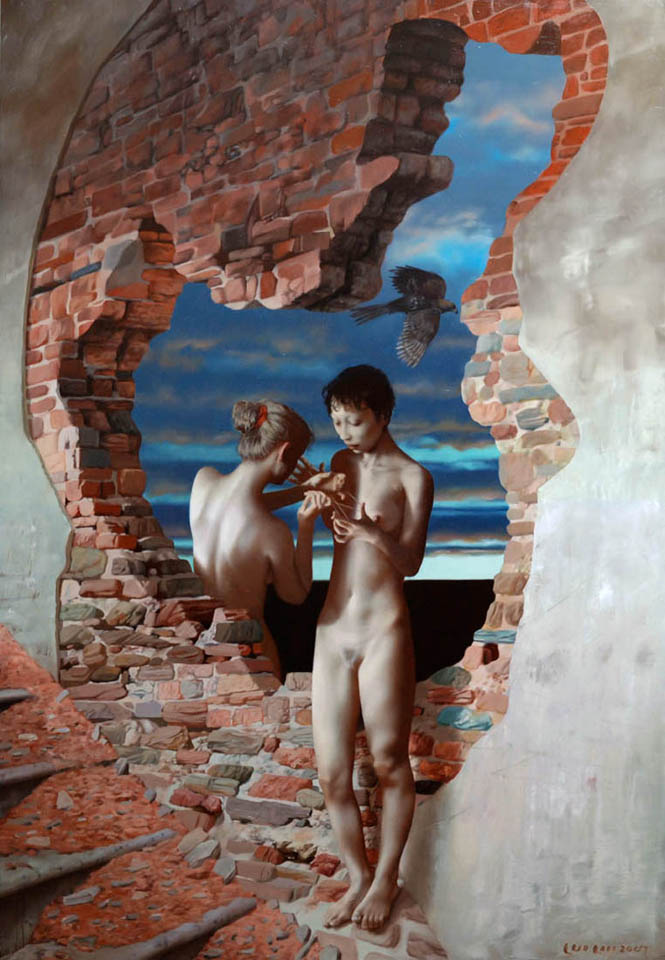 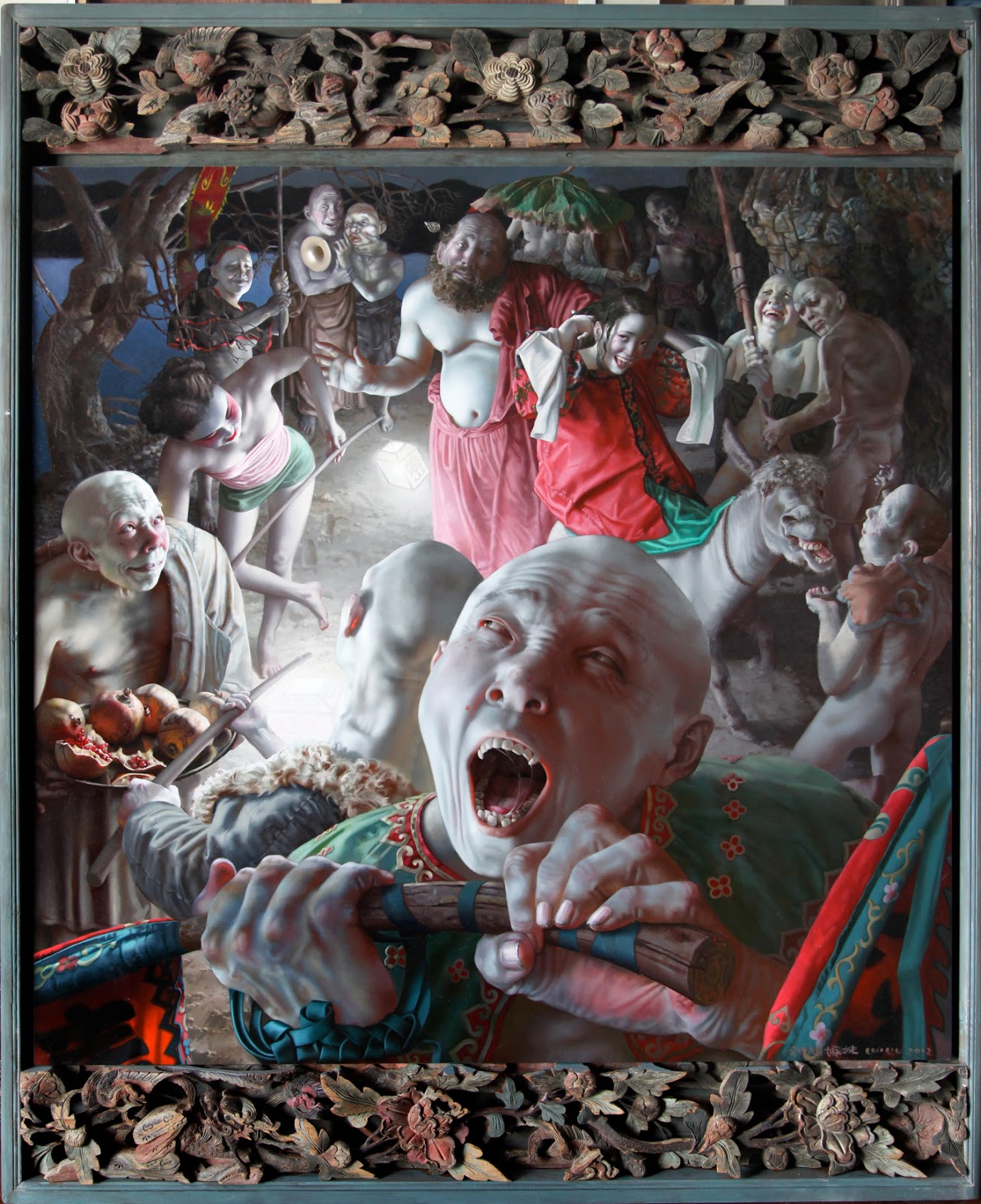 LUI LIU is a born Chinese who emigrated to Canada in the early nineties. His work brings oriental and western contemporary elements together, often creating mystical settings with an everyday touch. His authentic oil painting technique combined with a modern twitch, invites the viewer into a world beyond rational and habitual.

"These are not the best times for artists and their works.
The old masters of oil paintings have developed their techniques to perfection; and the masters of modern art have extended their styles to an extreme. Wittgenstein remarked about language: "If only you do not try to utter what is unutterable then nothing gets lost. And the unutterable will be contained in what has been uttered." I believe, when it comes to the fields of fine arts -- what is utterable has mostly been uttered.
In my opinion, the borderlines dividing language, science, common sense and the arts are disappearing gradually. I see convergence bringing about an integrated cultural world, and my works are an attempt to present such a vision of the integrating world to our senses. For me, this is the utterable element still unuttered.
Modernity appears to me like a tin bucket in which every possible style has been poured and mixed and used and abused in search of self-expression. A child can express himself with crayons and doddles. But great art could not be pure self-expression; it's unfortunately the opposite. When an art piece is placed in a position of great art, it's the unselfish erasing of the painter that lets it live, as T.S.Eliot has said, "the process of creation is the process of constantly removing one's character and individuality from the work."
What's left of ME in my paintings then is the combination of other people's rules and technique and my psychological perception of reality. I don't try to be ancient or modern. I could only paint within the continuity of a tradition and with a simple mission: to paint the ever-lasting mythopoetic images of our time as they come out of the past and move into the future.
Nothing could be this carefree when I gained the stage to dance with the chains." LUI LIU
Publicado por cromofora en 13:48