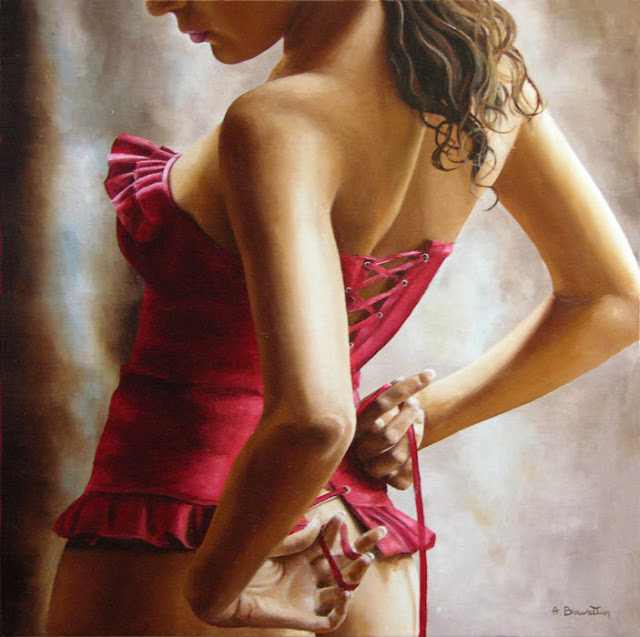 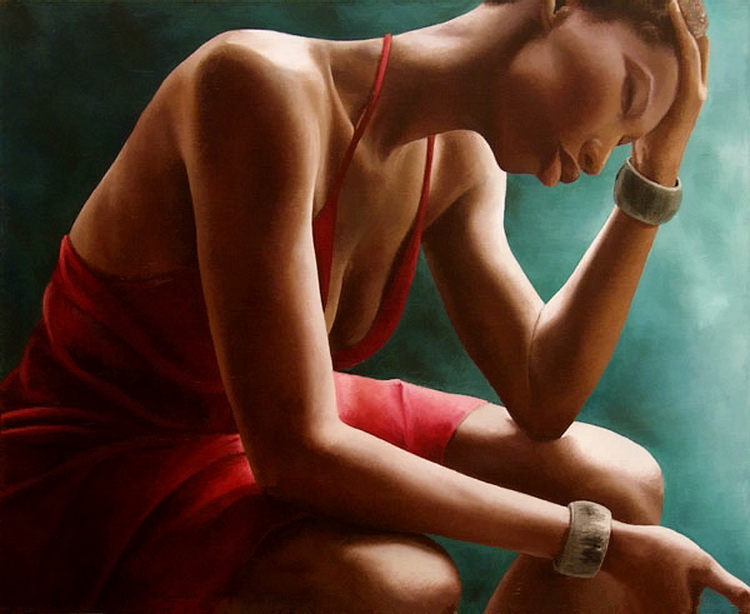 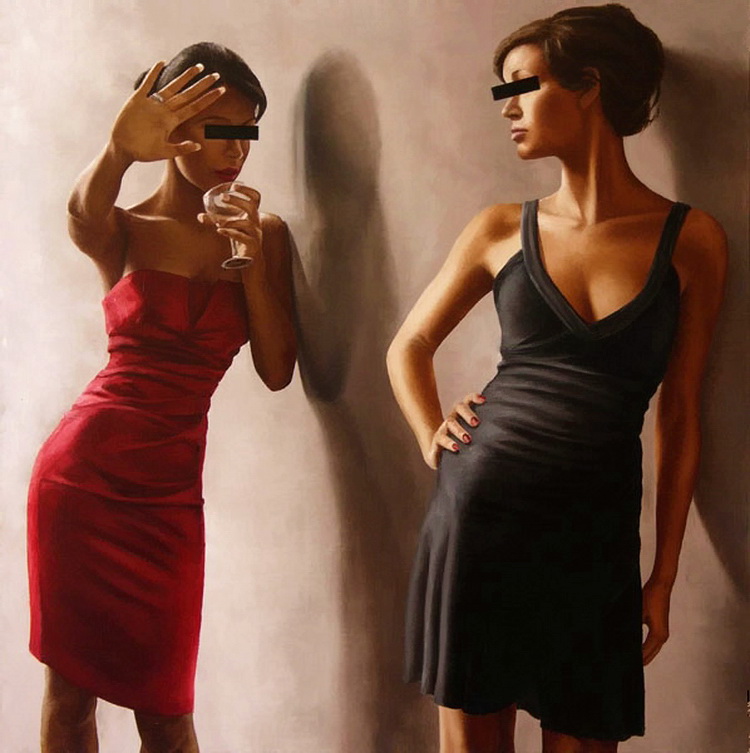 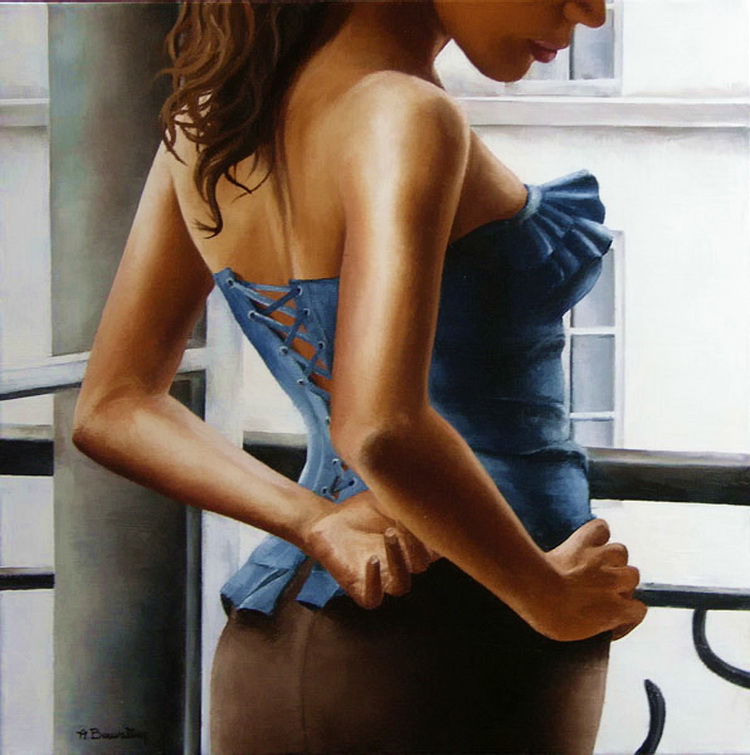 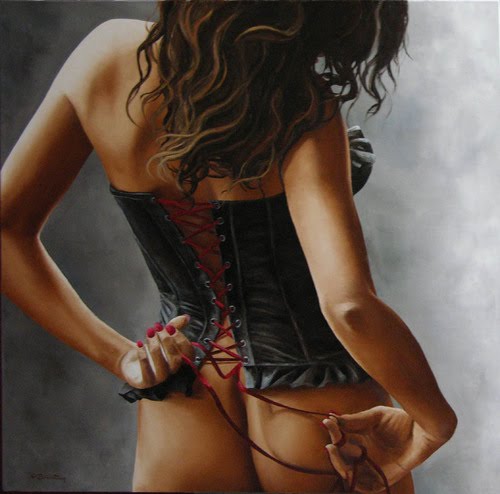 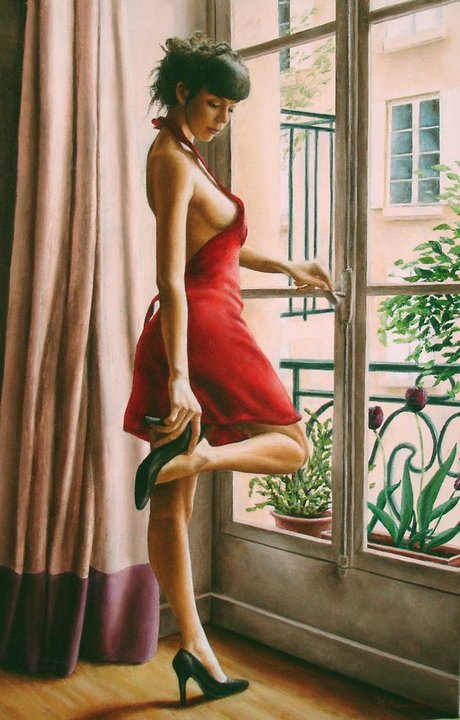 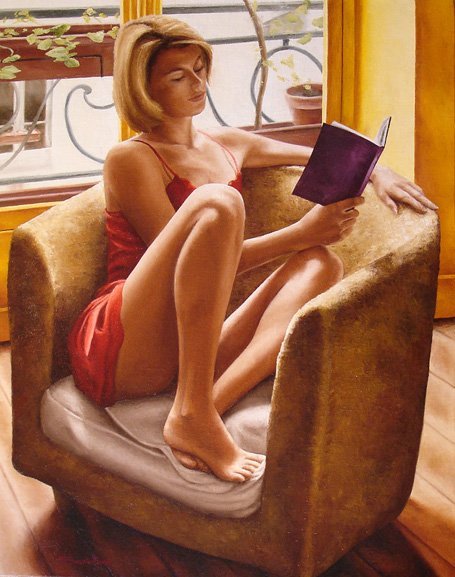 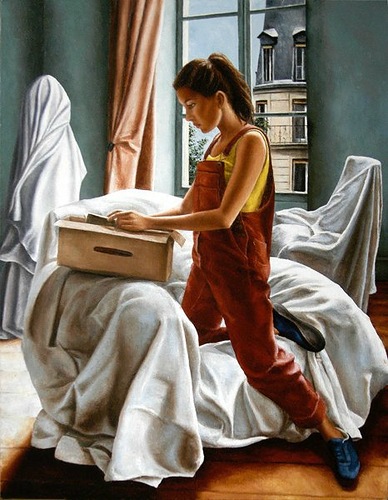 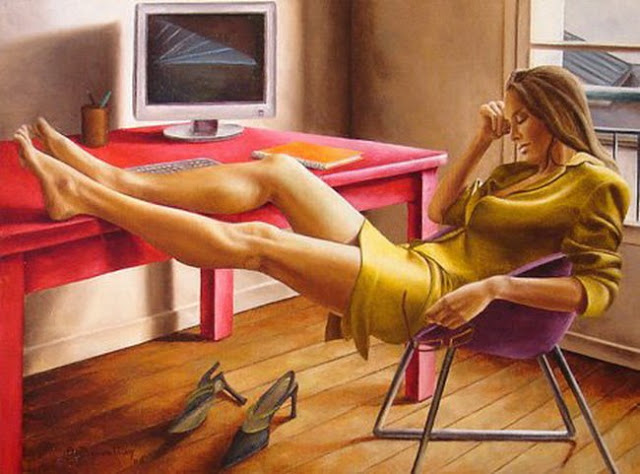 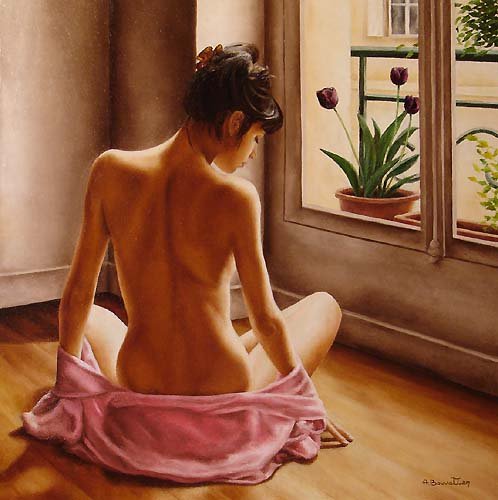 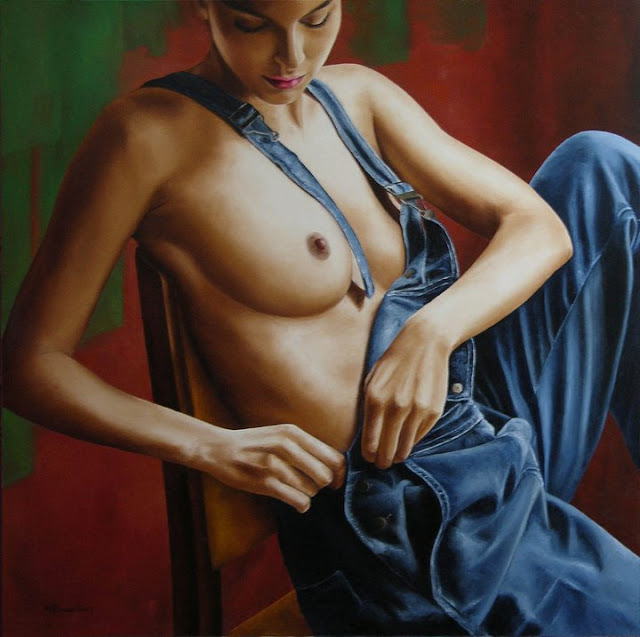 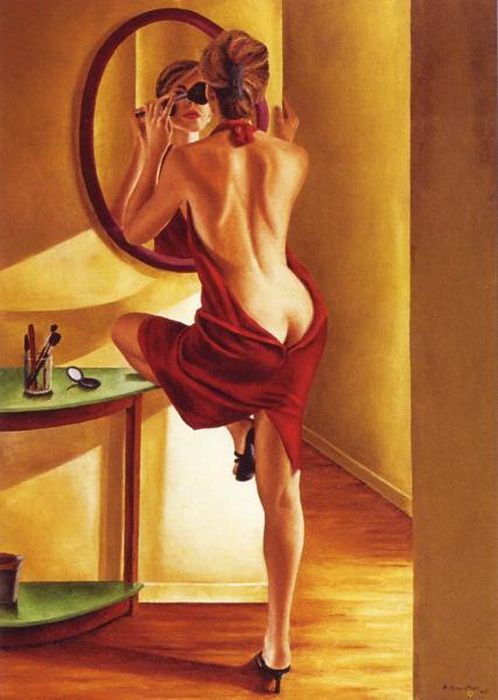 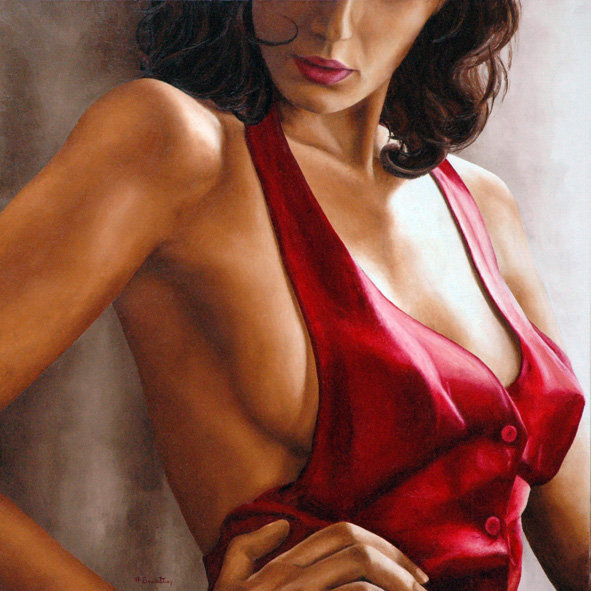 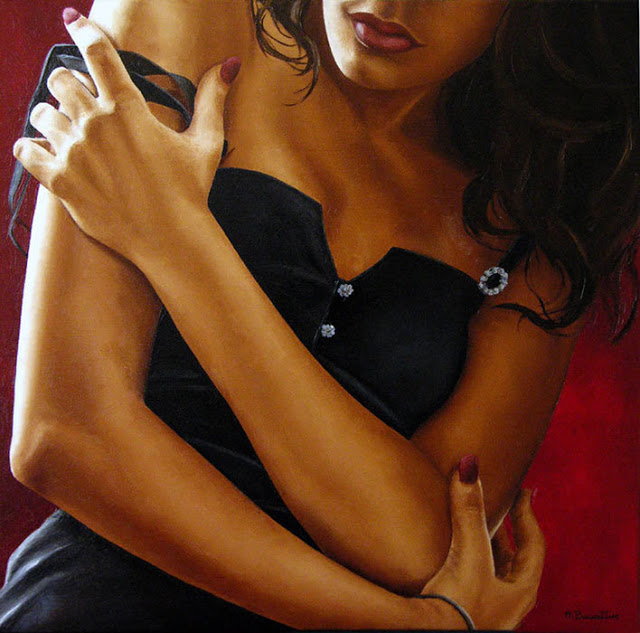 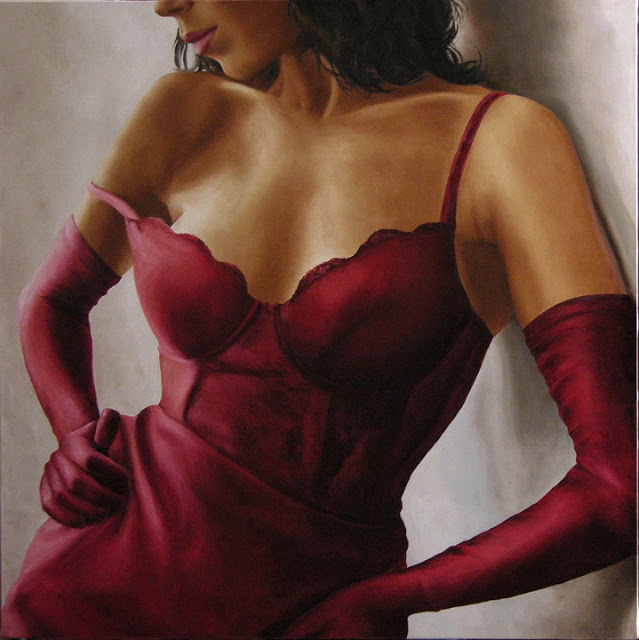 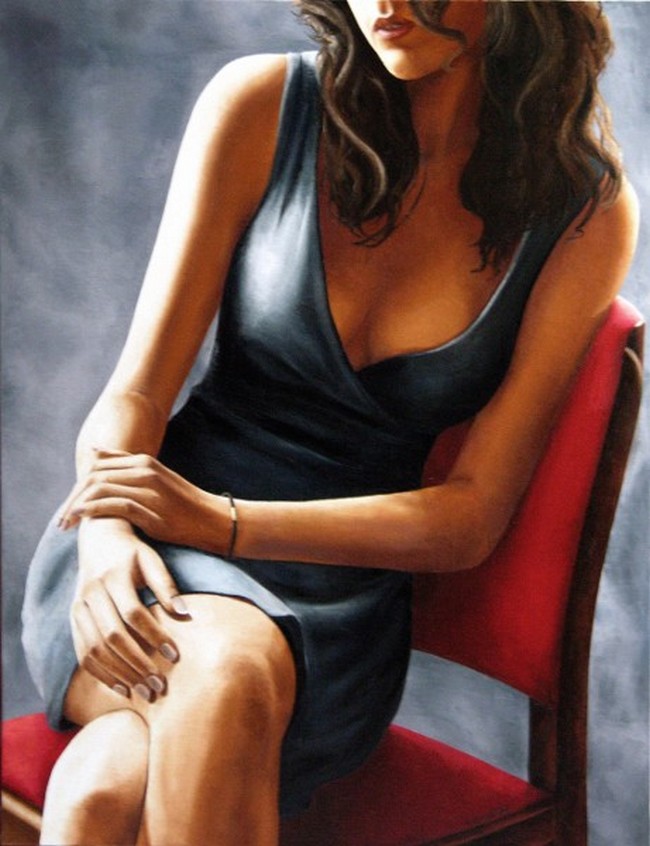 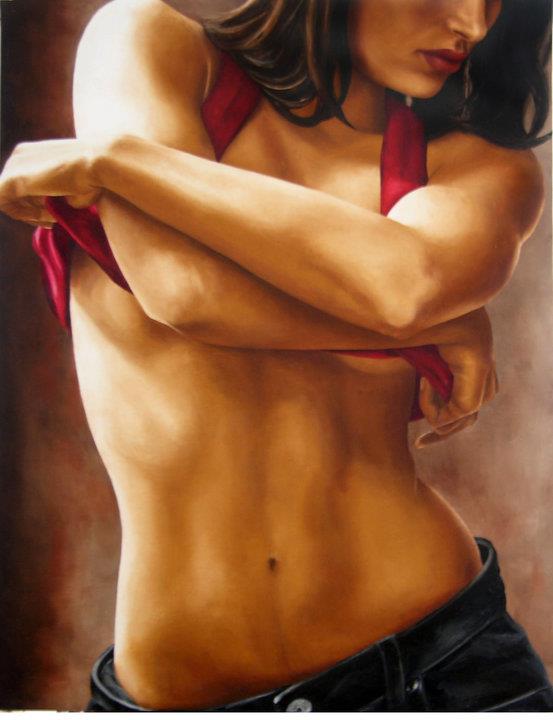 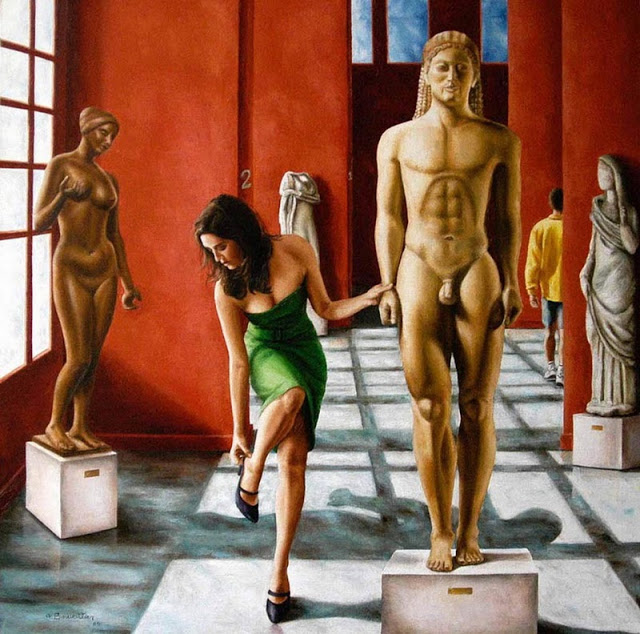 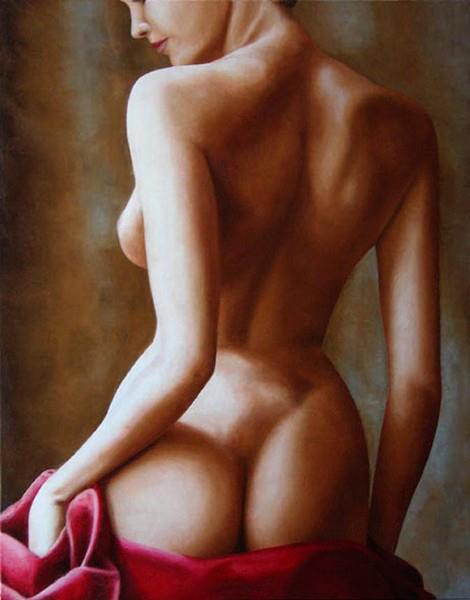 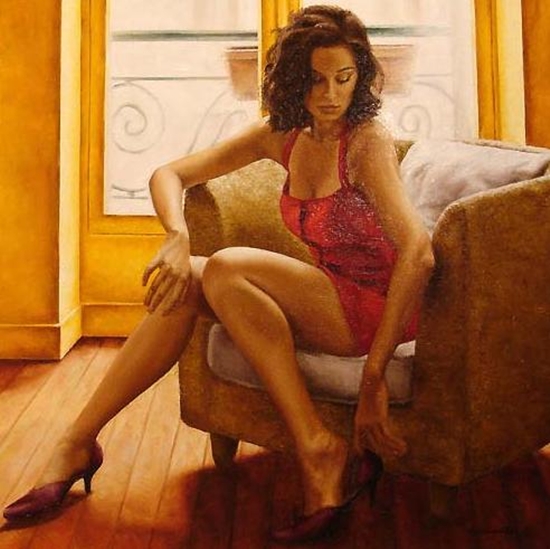 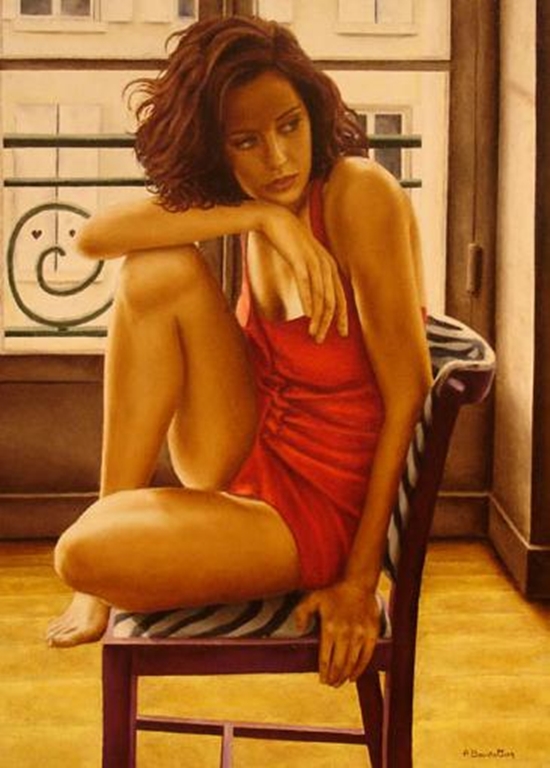 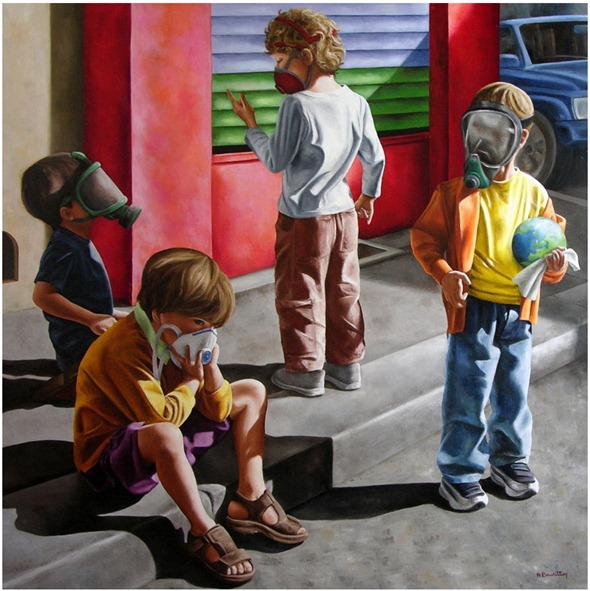 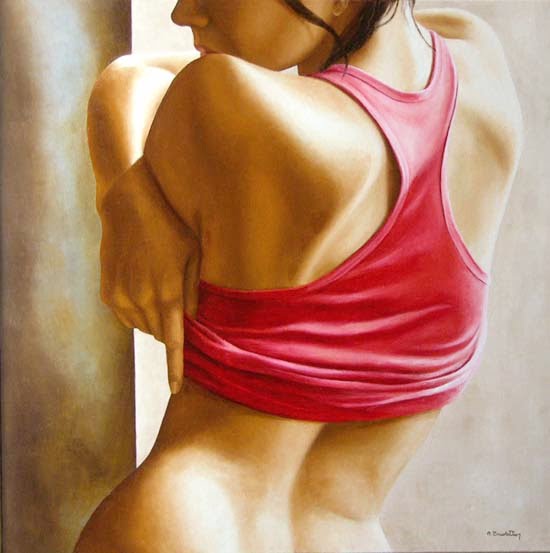 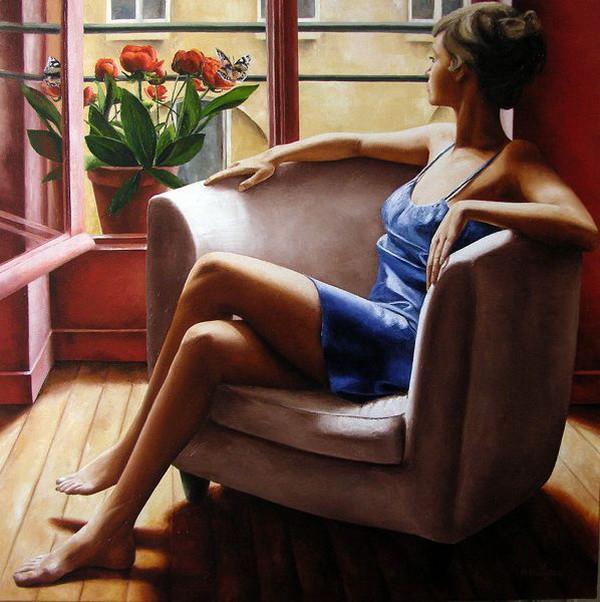 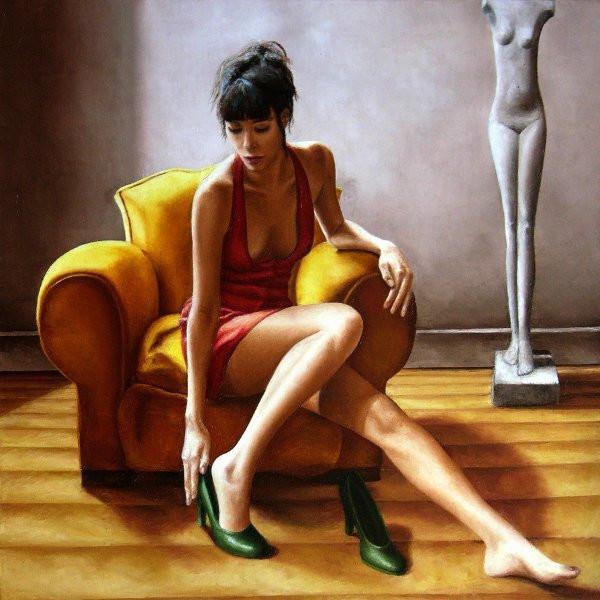 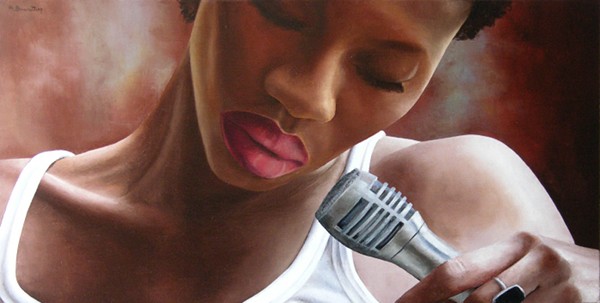 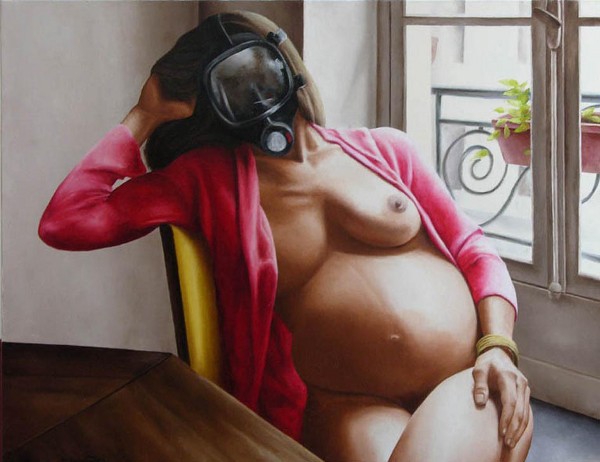 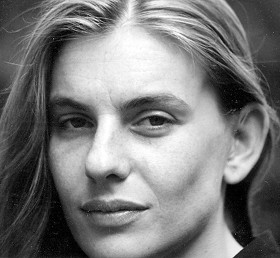 Annick Bouvattier was born in Nevers in the mid sixties.
Her father, a paediatrician and art lover, passed on to her from her early childhood his passion for painting.
In 1982, after passing her school-leaving certificate with a science major, she broke away from the family tradition of studying medecine to enrol at the "Berçot - Marie Rucki" school of fashion where, for two years, she trained as a stylist. Her works were then presented in Paris and the Villa Médicis in Rome, and were praised by professionals and published in specialist magazines.
However, she was more attracted by stage fashion than haute-couture, and chose film and advertising. A stylist and costume-maker, she often works with Cinecitta in Rome. From her italian experience, she has retained the deep, warm and sensual colours - sun-filled ochres, velvety reds, intense blues and deep greens.
At the beginning of 1990, she decided to turn to painting exclusively.
After two years of self-training, she became in 1992 the pupil of Pierre Ramel, Mac Avoy's disciple and bursar who taught her the technique of using a knife to paint with oil, which she uses in smoothed out form to achieve an effect of transparency.
Annick Bouvattier painted women, often alone, in almost empty flats, but furnished mainly by shadows and light. Young, pretties, they live their femininity without false modesty, unconcerned by the looks of others.
Large canvases, close-up compositions, the works of Annick Bouvattier are spaces where the picturial rhymes with the emotional.